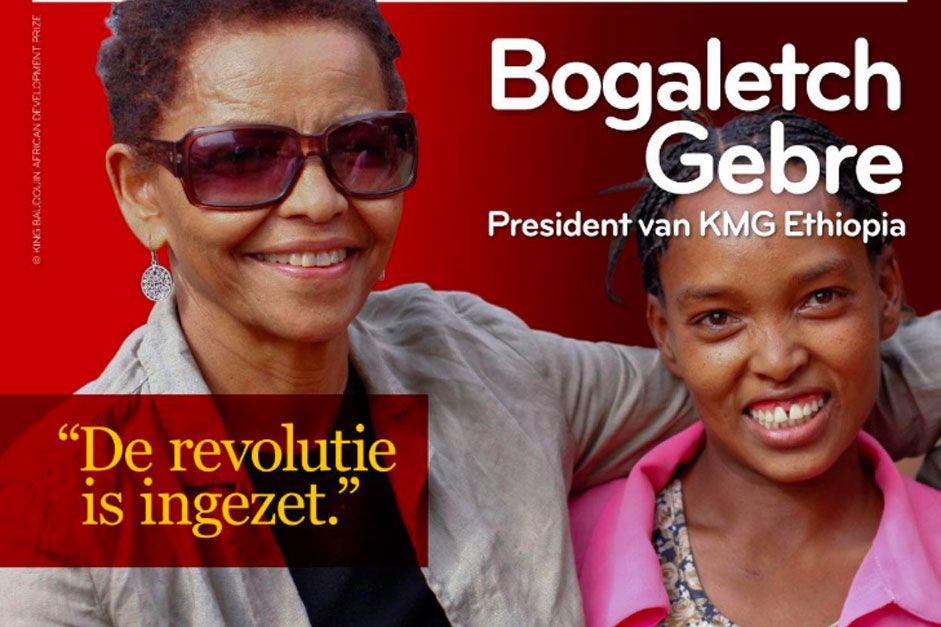 An Ethiopian by birth, and a rebel by choice, Bogaletch Gebre is that lady who chose to fight against female genital mutilation!!  Seems easy?? Well, the culture and society she inhabited, observed it as a traditional ritual. This 66-year-old woman breathed her last on November 2nd ‘2019. And throughout her life, she kept fighting against the barbaric practice of female genital mutilation (FGM). She started this revolutionary journey right from her own village, by launching a campaign against the same, owing to which she faced backlashes but this lady was unstoppable!

The announcement of her death was done by the same website, named as KMG Ethiopia, which she had found to fight this practice in Ethiopia. And as the times went by, this not-for-profit organization has helped many women fight against female genital mutilation (FGM) and hence get empowered. The reason for her death was not mentioned by the website but as the sources reveal, she had been suffering nerve damage due to car accident in 1987 and hence had been receiving treatment since then. It was revealed to her by the Doctors that this accident may leave her paralyzed with legs forever, but as unstoppable she was, she fought back her own destiny and went on to create history by running marathons to raise some amount for the charity works she had been supporting.

Ms. Gebre’s youthful years saw extraordinary determination from her end. Ranging from the pursuit of her education and scientific training from Israel and the United States to returning back to her home country to serve the woman there, she did all by her own self. As data of UNICEF 2008 reveal, Ethiopia has stopped down by 3% from 100% in female genital mutilation (FGM) over 10 years. Adding to it, many areas saw a ban on the abduction of brides, child marriage, etc. Even the UNICEF recommended that the KMG organization should get instrumental in operating in more such areas in order to lessen this number even more.

Her revolutionary steps have been keenly observed by many and have inspired many more. A British newspaper recently quoted Gebre as-“The women who began the rebellion of Ethiopian women “. The best part about her choice of actions was how she chose to set them afloat. She never chose the conventional method of protest to show her dissent rather she tried convincing people by talking and discussing things out in the community. The operations of KMG Ethiopia started by the use of amounts received as grants and aid, with which many water systems were built, trees were planted to lessen the burdens and difficulties faced by women in accumulating all of it.

The description of how the KMG Ethiopia website worked is amazing. The website had things like-testimonials from parents saying that their girls should not be cut, that men wanted uncut girls to be their wife, that girls won’t be married against their will!! Putting out such things in such a conservative society is a thing of courage. Ms. Bogaletch Gebre was later awarded the ‘Prestigious prize for African Development’ by Belgium based King Baudouin Foundation in 2013. The foundation was quoted as saying -“The societal change that KMG Ethiopia has triggered is substantial”.

When asked about her ‘different from the throng mentality’, she said-“Yes, I could have had a better house on the beach or gone to a spa every weekend. But is it what life is all about?? Could I have stayed there, knowing my sisters were being cut and abducted and turned into servants?” Einstein said-“You start living when you give yourself out”. “And I feel I am living now! “

Why Female Genital Mutilations Should Be Stopped

At the tender age of 12, this warrior was subjected to the practice of female genital mutilation (FGM) owing to which her genitals were cut. The myth behind the same was that it made a girl clean and readied her for giving birth and if the baby gets touched by either of the parts of genitals, it would die.

The procedure was inclusive of the practice of a man blindfolding the victim, and two other women holding her, while the third woman sat in between the legs and slit the genitals with a sharp razor. Ms. Bogaletch Gebre describes how she bled almost to death due to that and even one of her sisters died that way!

Ms. Gebre quotes-“Many women accept such things as God-given and not man-made!! ” This is something we often deny accepting. We try to find answers to everything from God, and never introspect within us, our society, our cowardness, our efforts. Doing the latter may help us more than the former at least!

The strange part is such barbaric things are practiced even today in our society and we choose to do nothing about it. It’s not about ‘others’, it’s about humans who feel the same as we do, who understand what pain is and suffer through it endlessly. If we are in a position to do something, at least something, we should step forth and bring the revolution, that society like these awaits!