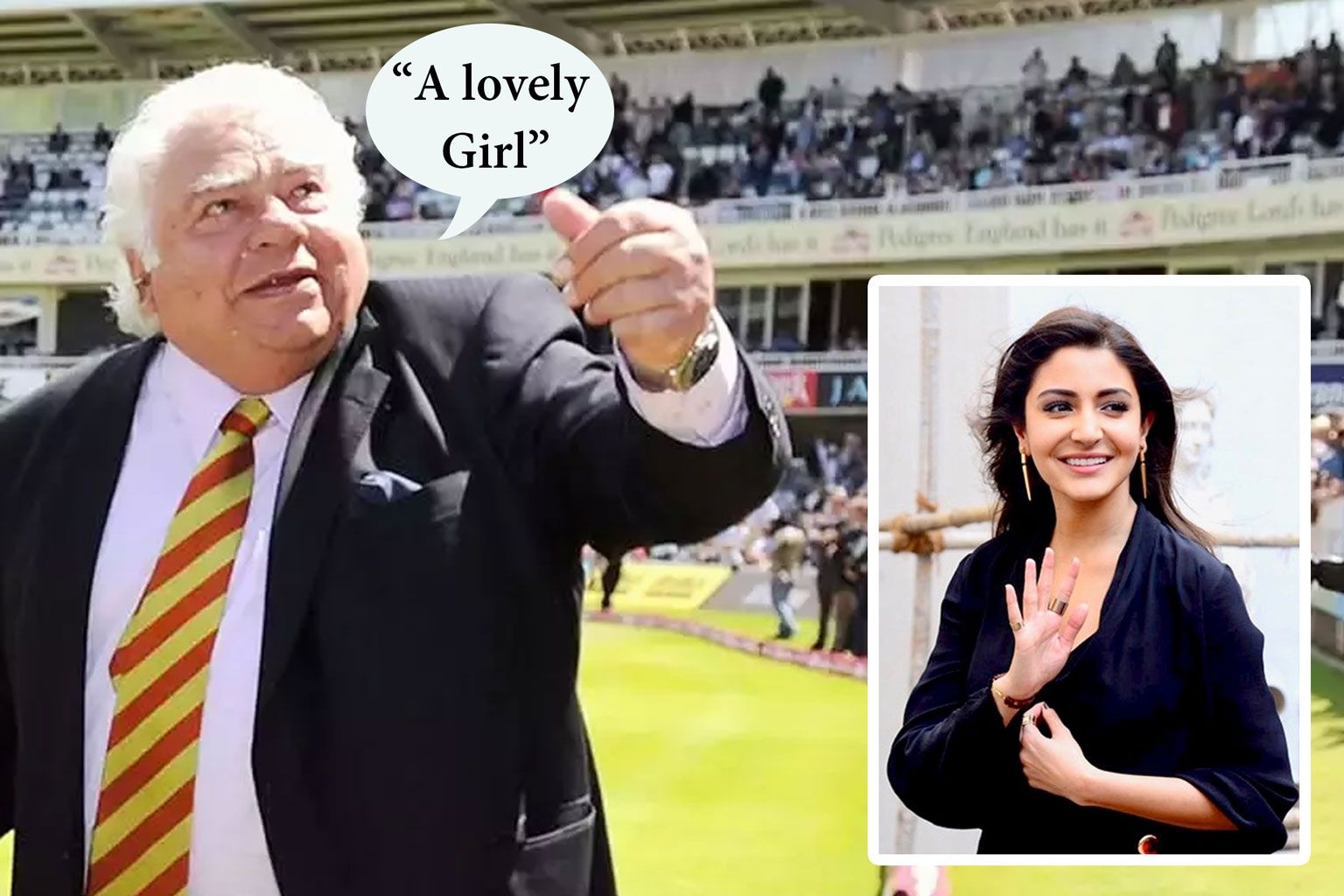 Recently, the former Indian wicketkeeper, Farokh Engineer made some comments that landed him in trouble. He claimed that certain members of the Indian selector’s committee were serving tea to the actress and wife of Virat Kohli, Anushka Sharma. He stated that this was during the World Cup in England but, refused to take names. After the backlash, he is now offering an apology to the actress.

Farokh Engineer said in an interview that one of the five selectors was serving tea to Anushka Sharma. He went on to say that he didn’t understand how some of the selectors were qualified for the position as they had played only ‘10-12 matches’. This bit started going viral and Engineer received flack from fans and The Chief of Selectors MSK Prasad. The Chief Selector called Farokh’s comments ‘sadistic pleasures of petty talk.’ Even Anushka Sharma, who has always been quiet on such matters had enough.

She shared a long post on her social media handles addressing this controversy and so much more.  Calling Farokh Engineer’s statement ‘ill-intended lies’, she went on to talk about other controversies that she’d always been silent about. Seeing how viral the news was becoming, Farokh quickly backtracked and called Anushka ‘a lovely girl’ and said that she had been ‘dragged into it unnecessarily.’

In her recent statement, Anushka said “My silence has made the lies spat against me seem true but that ends today. I have stayed quiet through all the times I was blamed for the performance of my then-boyfriend, now-husband Virat and continue to take the blame for the most baseless things involving Indian cricket.”

Anushka Sharma has been trolled for a long time now. The trolling and controversies increased after she started dating Kohli in 2013.  When the cricketer performed poorly in an Australian tour, Anushka was trolled for simply being in the stadium and supporting Virat. She was labeled as being ‘bad luck’ to the Indian cricket team. The trolling was so harsh that even Virat sent out a tweet supporting Anushka.

Talking about the controversy where the BCCI was criticized for letting Anushka be a part of the Cricket Teams official picture, she said “I was asked to stand in a group photo by the High Commissioner’s wife despite my hesitation to be in it and a huge issue was created over this blaming me for intentionally wanting to be part of it and the said event, even though I was invited for it,”

Anushka also cleared the air by saying that she pays for all of her flight tickets when accompanying her husband. Out of the many things that she addressed in her posts, perhaps the conclusion was the best part. She said “Maybe, it’s hard for some to believe that, because, I am a self-made, independent woman who only happens to be the wife of a cricketer and for the record, I drink coffee,”