Facts About Premarital Intercourse No One Told You 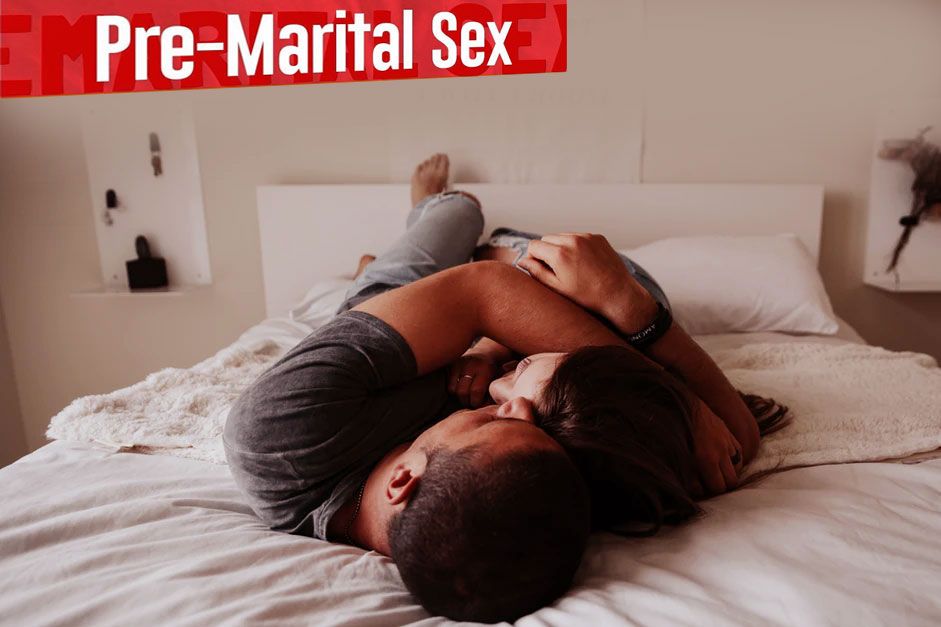 Premarital intercourse, something that is more of a character parameter and less of enjoyment. It’s something our teenage base needs to be educated more about. Something we should discuss and understand instead of passing premature judgments. But are the stereotypes about such premarital intercourse true???

Let’s disclose some real-time facts no one told you about premarital sex:

It’s something that many people agree to, that when you have sex outside of marriage, you tend to ignore the issues in your relationship. You start being negligent about them since sex becomes one of the prime focuses of your relationship. At times, you feel that your relationship is not something that will last long, yet owing to your sexual needs you tend to ignore the ‘elephant in the house’. And this after a certain point of time, becomes your worst guilt trip, as you may start feeling that you were just using each other. So yeah, in this sense it’s not a good idea to have a lot of sex outside of marriage especially when you are unsure of each other.

Having premarital intercourse before saying “I do” is a good idea as it makes you well aware of your sexual needs, and desires. But when you have it the first time after getting married, shyness and responsibilities never let you come out the way you could have otherwise. Whatever your partner does seems sufficient as you haven’t explored any other thing ever. And even if you understand it, most of the time people tend to hide their needs, especially in arrange marriages.

Also, your sexual identity is something really personal, and which you can express only to your partner. But having had no sexual relationship, you won’t ever take time out to check if you can be somehow bisexual, gay, lesbian or anything. To whichever sex you marry, they become your partner for life. So, this way having premarital sex is advantageous too.

Sex acts as a connecting rope between you and your partner. It brings you two close and more attached to each other. And it’s something that has been proven scientifically. Owing to this attachment equation that you possess, when things tend to separate you two later, you stand confused about your feelings. Also, with each sexual involvement you involve in, the attachment equation starts becoming weaker; thereby resulting in quick divorce once you get married.

Seems unusual? Well, that’s how it is! Imagine sticking tape to something, and then pulling it off and sticking it to something else and put this on repeat. There comes a time when the tape won’t stick to anything. That’s what happens to your emotional self. After a particular time, no relationship makes you emotional or satisfied. And therefore, most of the marriages fall out.

You never know what sexual issues you may encounter once you are into it and neither does your partner know any of it. So, before venturing into a big thing like marriage, isn’t it good that you sort these things out for yourself. Things like premature ejaculation, erectile dysfunction, allergy to semen, white discharge, weak sperm count, are important to be known before falling into the idea of marriage. It’s not that people should be discriminative towards others who have such issues but that treatment should be done at an earlier stage. If not, you are anyway not going to end up happy if that be the case.

Even if you take all the precautions, it’s never assured that you won’t get pregnant after having sex. The reasons can be many ranging from condom breakage to taking pills after a particular time. You never know when you get unlucky with that and once you get pregnant outside of marriage, there are a few universally available options left to you like-abortion, single parent, etc. which is something nobody wants. So, it’s not as safe as it seems.

Taking all these points into consideration, it’s up to you if you do it or not. But the main motive behind this article is to let people understand that having sex or premarital intercourse is nowhere something related to morality, but is simply about some advantages and disadvantages. It’s about your sexual desires and mutual understanding between two people.