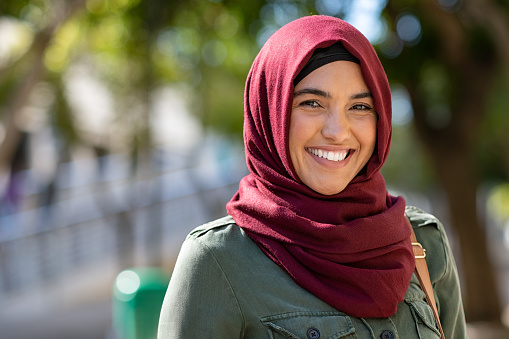 The celebration of United Arab Emirates Women’s Rights is a relatively new affair. It was launched in 2015, by Her Highness Sheikha Fatima bint Mubarak, known as the Mother of the Nation. Sheikha Fatima is an inspiration to all women in UAE and beyond. She is the Chairwoman of the General Women’s Union, Supreme Chairwoman of the Family Development Foundation, and the President of the Supreme Council for Motherhood and Childhood.

Earlier this year, Sheikha Fatima introduced the theme for this year’s Emirati Women’s Day. The theme was chosen to reflect His Highness, Sheikh Khalifa bin Zayed Al Nahayan, the President of the UAE’s declaration of 2021 as “Year of the 50th.”

The theme is “Women: Ambitions and Inspirations for the Next 50 years.” This year, the nation-wide celebrations attempt to bring to light the unlimited ambitions of Emirati women, including their hope for a better future. The day is also meant to pay tribute to the leadership support and empowerment of women.

Emirati women are way more than they are given credit for. They hold coveted positions across the nation, which was made possible through the sanctioning of legislations and laws. These legislations enforced United Arab Emirates Women’s Rights and encouraged their participation in executive, managerial, and legislative roles.

Emirati Women’s Day 2021 looked back at all the responsibilities, achievements, successes of trailblazing Emirati Women over the last two decades, and looks forward to the same celebrations for the next 50 years.

Overall, the auspicious day is also in line with International Women’s Day which is celebrated every year on 8th March. The day is dedicated to gender equality and the upliftment of women in the UAE.

Credit to the importance placed on women empowerment in the UAE, several initiatives have been put in place that aim to provide a safe and secure environment for women. For example, the Dubai Foundation for Women and Children caters to those in need by helping victims of human trafficking, sexual abuse, and violence, to build a new better life.

Similarly, many other institutions in place offer assistance to United Arab Emirates women.

On the occurrence of Emirati Women’s Day 2021, here are some inspiring stories of the bold Emirati women.

Regarded as the Mother of the Nation, Her Highness Sheikha Fatima is a champion of women’s rights. She has spent decades of her career on the empowerment of women regionally and internationally.

She is the sponsor of the Red Crescent Society, and her resolute campaigning has led to breakthroughs in UAE women’s education and representation in the government. She is a trailblazer who is associated with lifting the status of Arab women in the global arena. Millions of Emirati women look up to Her Highness Sheikha Fatima bint Mubarak as their idol.

July 20, 2020, was an important day for UAE as they launched the Al-Amal probe to Mars, which finally reached the red planet this year on February 9th. Sarah Al-Amiri was at the forefront of this ambitious mission.

She is the Science Lead and Deputy Project Manager at the Mohammed bin Rashid Space Centre. She is also the Chairperson of the Emirates Scientists Council and the Minister of State for Advanced Technology.

Besides, she became the first Emirati to speak at the international TED stage. She spoke about UAE’s mission to Mars. Women science and tech entrepreneurs globally look up to the fierce Sarah Al-Amiri.

Nayla Al-Khaja is the first Emirati woman film director and producer. Her contributions have significantly influenced the UAE film industry. She reached a milestone in 2018 when her Project Animal was accepted by the Producers Network and awarded at the 71st annual Cannes Film Festival.

She became the first Emirati to hold this honor. Naya Al-Khaja is the CEO and founder of The Scene Club which is not only Dubai’s first film club but also advocates for women’s roles in cinema and supports aspiring Emirati filmmakers.

Emirati women are at every front on the global stage. In 2019, the 26-year-old figure skater Zahra Lari represented the UAE flag at the FISU Winter Games in Russia. She is the first Emirati figure skater to compete internationally.

She is a five-time champion at the national level, and she even became the first-ever woman to figure skate wearing a hijab in the 2012 European Cup in Italy. Even though her points were deducted for this stunt, she campaigned to the International Skating Union for a re-evaluation of the rules.

Lari said, “That’s the main message I’m trying to send to girls, don’t let anything stop you from doing what you love, especially because you’re covered.” She is an inspiration to Muslim women across the globe.

Sheikha Mozah Al-Maktoum is a woman of many firsts. She is Dubai’s first royal female pilot, UAE’s first female commercial pilot, and also the first woman to be appointed as the First Lieutenant Pilot of the Dubai Police Air Wing.

She completed her certification from the CAE Oxford Aviation Academy. Maktoum has made it her life’s goal to inspire and be a role model to Emirati women who want to pursue a career in the aviation sector. She has also established the Women in Aviation Association.

This Emirati Women’s Day 2021, let us reinforce our belief in the power and abilities of women!