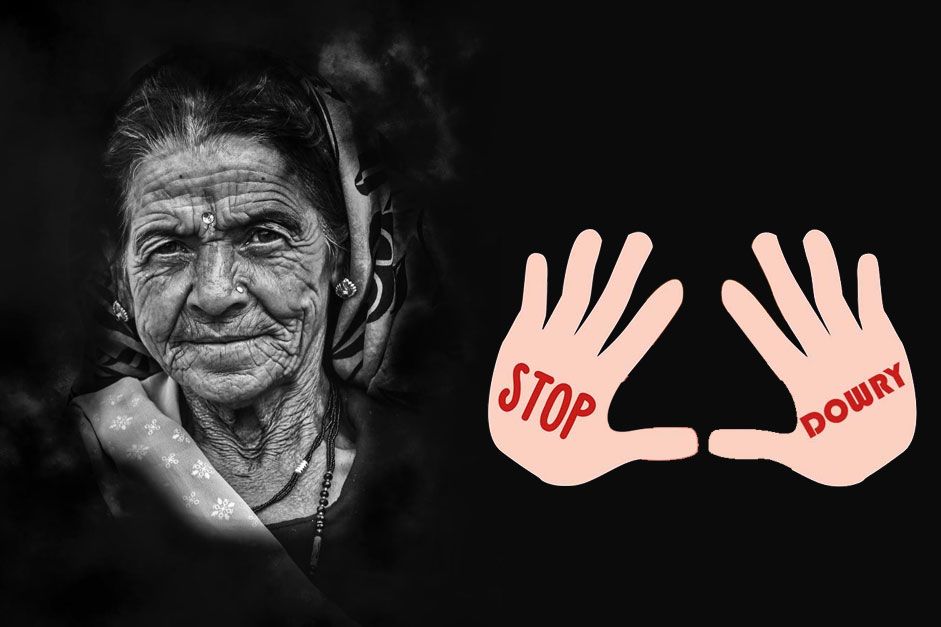 Dowry System is one of the social evils that are nothing less than the ruination of our Indian society. Although we have a law (Dowry Prohibition Act, 1961)  that strongly forbids the giving as well as the accepting of dowry, still the practice has increased amongst most sections of our Indian community irrespective of one’s caste or class. After an alarming rise in the number of dowry deaths of women, numerous other special provisions were designed in order to curb the increasing incidences of Dowry Deaths.

In any case, if you are not able to understand the seriousness of this topic, let us tell you an incident that took place in Kerala this year. Yes, let’s not discuss any grayed news as we all need to know that many things are still there to be fixed in our society and we have a list of things that are more important than Digital India or building up statues worth Rs 2,989.

Early this year, there was a piece of news related to the starvation death of a Kerala woman. The postmortem of the 27-years-old woman reported that the woman was weakened to a bag of bones and even she weighed a mere 20 kgs. Her in-laws accepted that they fed her only a little rice along with sugar soaked in water. Well, do you want to know the reason why they did this heinous thing to her? It was because the woman’s family was unable to accomplish the dowry demand of Rs two lakhs.

Despite the woman born two children, her misfortune did not reduce a bit. She was closed inside the house with tin barriers attached all around so that their neighbors don’t get a clue about the happenings inside. If this case didn’t highlight the wickedness level of Dowry Deaths, you are free to search over the internet to know about more such women. It is really sad to know that the cases of dowry deaths are not having any improvement or reduction, despite a number of anti-dowry laws & provisions.

Why Do Dowry Cases happen?

Nearly all dowry deaths do not happen following a one-time demand from the girl’s in-laws or husband. Most of them are a result of days, months and even years. The majority of the victims of dowry deaths bear repeated harassment from the very beginning of their married life. And the worst part is that a girl’s only hope, that is, her parents ask her to be strong and deal with all those harsh things happening to her in order to prevent any type of embarrassment in society. And finally, a day arrives when they will be no longer having their daughter. On one hand, we really appreciate all those families who fight for the justice of their lost daughters once she is dead, but we would have appreciated them even more if they supported and helped her when she was alive.

Can we know the Bottom Line?

Separated as well as divorced women are just stigmatized in our society, which stands as the main reason why women continue in abusive marriages. They tolerate all the tortures under family pressure or sometimes of their own accord.

Yes, we have enough provisions for women that provide them equality in all spheres. We need to erase the sex-related prejudices deep-rooted in our society. Everyone should do their bit. It is time to educate both men & women to consider the basic human value that is required to put all the social evils to flames.
Take a decision today!! We as a country will no longer be complacent!!!