Internationally Praised Designs By Women That You Didn't Know About! 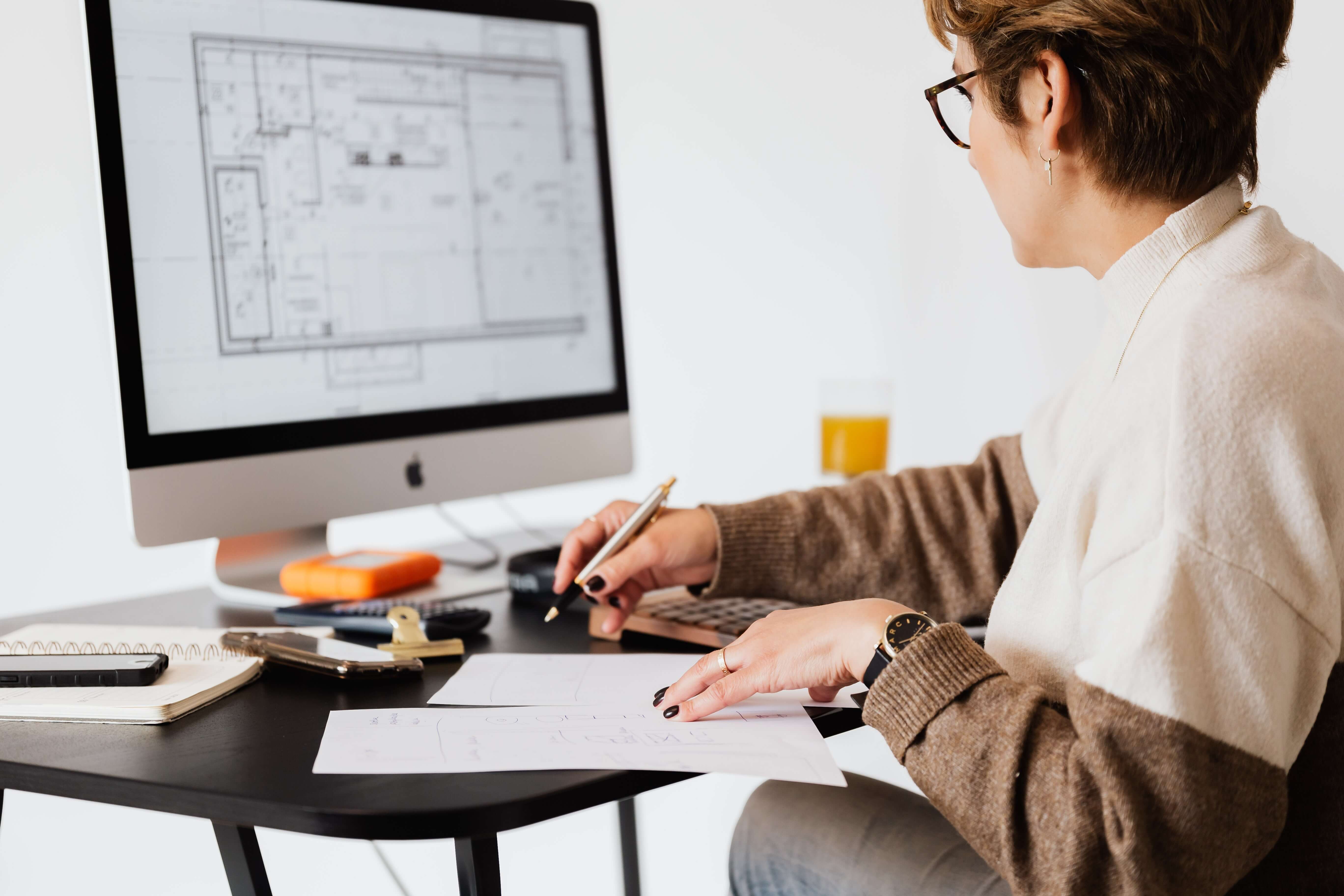 From a feminist perspective, we believe that there are no differences between men and women. But, the representation speaks for itself. Although there has always been a space for design by women, prominent male designers have stolen the spotlight. There aren’t enough women designers invited to conferences, publication events as jurors or judges. At the same time, the artistic legacy of men has been contoured brilliantly throughout history. We always hear names of Frank Lloyd Wright, Virgil Abloh, Yohji Yamamoto, etc. And, how often do we hear the names Belen Mena, Susana Machicao, and Gitte Kath? So, today we will be shedding some light on some influential women in the world of designing.

The Art of Design by Women

It’s almost the beginning of a new year and the time to recognize the art of design by women. Today’s article pays our tributes to some of the greatest women designers who have graced our world.

Bonnie MacLean is one of the few names in the design world you have probably heard of. Born in 1939 America, MacLean is lauded for creating classic rock posters and promotional art for rock and roll concerts organized by Bill Graham. She is one of the pioneers of the new-age psychedelic form of art. Her designs helped shape the psychedelic scene in the early 1970s and 1980s. Her posters are displayed at The Museum of Modern Art, including the one she created for The Doors in 1967.

An Austria-born designer, Cipe Pineles was the first-ever female Art Director for leading fashion magazines including Vogue, Vanity Fair, Glamour, and Seventeen. She invented the concept of standardized magazine covers, which all journalist magazines have adopted. Her style was unique and characterized by blending colorful illustrations, fine art, and hand lettering. She was passionate about food and her designs reflected that. Cipe Pineles is remembered as one of the trailblazers of the modernist style.

Unless you are living under a rock, you have come across Jessica Walsh’s work. An alumnus of the Rhode Island School of Design (RISD), Walsh is one of the most recognized faces of women design 2021. She was the partner at the internationally renowned art studio Sagmeister & Walsh before she went on to establish her design studio &Walsh. She primarily works on art installations, and bold and provocative designs distinguish her style. Currently, she is also teaching at the School of Visual Arts.

Detriot native Anne Wilson is an art installation director and visual artist who uses design as a medium to bring social issues into the light. What is fascinating about her designs is that she uses everything from hair, bedsheets, thread, wire, shoelaces, etc., to bring her vision to life. Currently, she is in the middle of her passion project, a body of work that spans almost two decades and blends six different art mediums.

American visual artist Luba Lukova is known for her thought-provoking imagery and bold poster designs. She is passionate about creating art for public consumption, which spreads her messages of social justice, immigration, war and peace, environment, and so on. She is internationally acclaimed, and her designs have been showcased in thousands of exhibitions worldwide. Lukova is a staunch believer that the power of art is the power of transform. Her designs have found a place in the Museum of Modern Art’s collection, including her best-known work from 1987, “There Is No Death For The Songs”.

Kansas-based artist and women designer Mary Kretsinger focused on making experimental, and one-of-a-kind jewelry pieces carved out of metal and enamel. She loved jewelry and thought that this medium best reflected her abilities as an artist. To date, several of her groundbreaking art pieces are showcased on display in many museums across the world. Her designs were never intended for mass production or public consumption, but she developed jewelry ideas that other jewelry designers borrowed. One such piece is the interchangeable ear pendants.

Carolyn Davidson is the woman behind the famous swoosh Nike logo. She became one of the most recognizable faces among women graphic designers after she rebranded the Nike logo in 1971. The design was created almost 50 years go, but it is still an indispensable part of Nike’s branding and marketing.

She worked with several sports brands throughout her design career, including Blue Ribbon Sports, Inc. Davidson is an inspiration to many leading graphic designers.

Italian-born Brazilian architect Lina Bo Bardi is one of the best-known women designers. After graduating from college in 1939, she began producing her artwork and architectural designs. She is also the co-founder of the ‘Habitat’ Magazine, which aims to help common people design their homes. Her style of art is characterized by modern and minimalist work. Her most famous work is the lithograph Exposição da Agricultura Paulista, showcased in the Museum of Modern Art.

Susan Kare is appreciated as an artist and graphic designer. She is known for designs of interface elements and typeface contributions, which led to the Apple Macintosh (1983-1986). After Steve Jobs left Apple and created NeXT, Susan Kare joined him as a Creative Director. Over the years, she has also worked for corporations such as Microsoft, IBM, Facebook, and Sony Productions.

Last but not least, we have Irma Boom, a Dutch graphic designer known for bookmaking. She has created almost 300 book designs with her characteristic bold and experimental style. Her designs challenged the conventional styles of book designs and printed content as a trailblazer. She is known as The Queen of Books.

Verdict on the Design by Women

Art is gender fluid- there is no design by women or men- but when society has been prejudiced- we have to take a moment and opportunities to appreciate those who have been overlooked! These were some of the greatest women designers in the history of art. We hope you found this article inspirational!