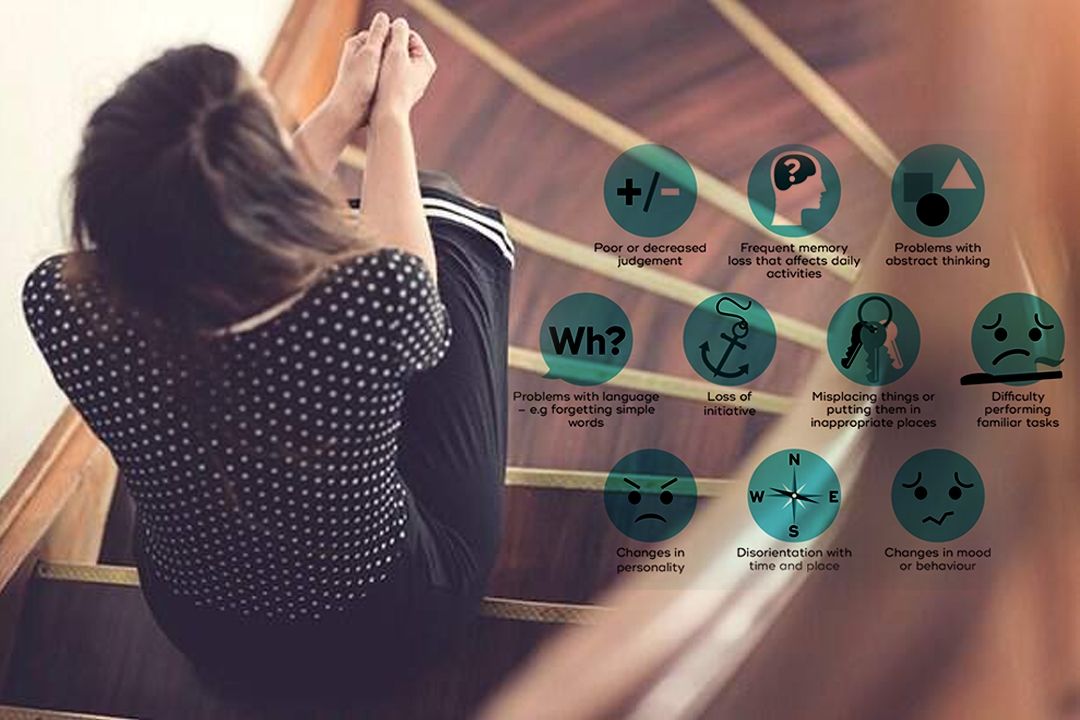 Dementia is one of the most common diseases in India. According to statistics, almost 10 million cases occur in India every year. Even after being this common, people in India are quite unaware of it and don’t have enough knowledge.

It is quite surprising that people don’t recognize this disease and consider it normal. Since this syndrome is related to memory loss people find it quite common and ignore it especially at an older age. However, severe symptoms of this disease could not and shall not be ignored. Thus, one has to be cautious and take this disease seriously ignorance can lead to fatal ends.

It is not a single disease but a term used to describe collective symptoms related to memory ability and day to day performance of a person. Basically, it is a syndrome in which memory of a person deteriorates, his or her thinking behavior changes, and the ability to perform everyday tasks reduces.

It is the chronic symptoms that increase as you age. One loses his or her ability to do cognitive function that is a basic function to process a thought. This decay of cognitive function is accompanied by a lack of social behavior, emotional strength and control, and motivation towards life.

There are usually 4 stages depending upon its severity.

There are a total of many types of dementia. However, there are only a few which are common. Others occur very rarely like 1 in 1 million cases. The most common types are:

Why do you need to know about this disease?

Dementia can be more tricky and dangerous than you think. Below are some major key points about why one has to be more aware of it!

Thus it is very important to assess the symptoms and seek medical help.

There can be several of its causes, the most common is the degeneration of neurons (brain cells). Anything which causes an imbalance in the functioning of neurons can be the cause of dementia. Essentially, a disturbance in the neural connections and brain is not able to gather information, process it, store it and send signals to the body, all this is caused by the slow decay of neurons and eventually their death.

Injury caused by accident, HIV infections, stroke, prion disease can lead to neural degeneration or progressive decay of brain cells, leading to it. Metabolic disorders, structural brain disorders, the introduction of toxic material in the body are some of the other causes. One’s daily history also matters in several cases. Other causes of dementia depend upon the type of it.

Symptoms can range from severe to mild depending upon the dementia types. Usually, the symptoms are easily noticeable as dementia brings major changes in one’s personality and one can notice it themselves. Some symptoms can be noticed by doctors.

Symptoms are as follows:

All these symptoms are related to the functioning of the brain.

There is no permanent cure for dementia. Since this disease is related to brain cell one no medicine or treatment can completely restore it.

However, there is a treatment to undo its effects. These treatments are based on the types of dementia. Treatment includes medications, therapies, exercise, communicative sessions, changing the environment of the patient, making routine, maintaining a diary to write important stuff, etc.

All this treatment depends on the severity and the type of disease. For instance, in the case of Alzheimer’s, one focuses on the symptom rather than the cause. Similarly, some can only be reduced by medications. The most important thing to keep in mind when dealing with the person suffering from dementia is some extra care and sensitivity. Thus, near ones of the patients have to be extra cautious handling them.