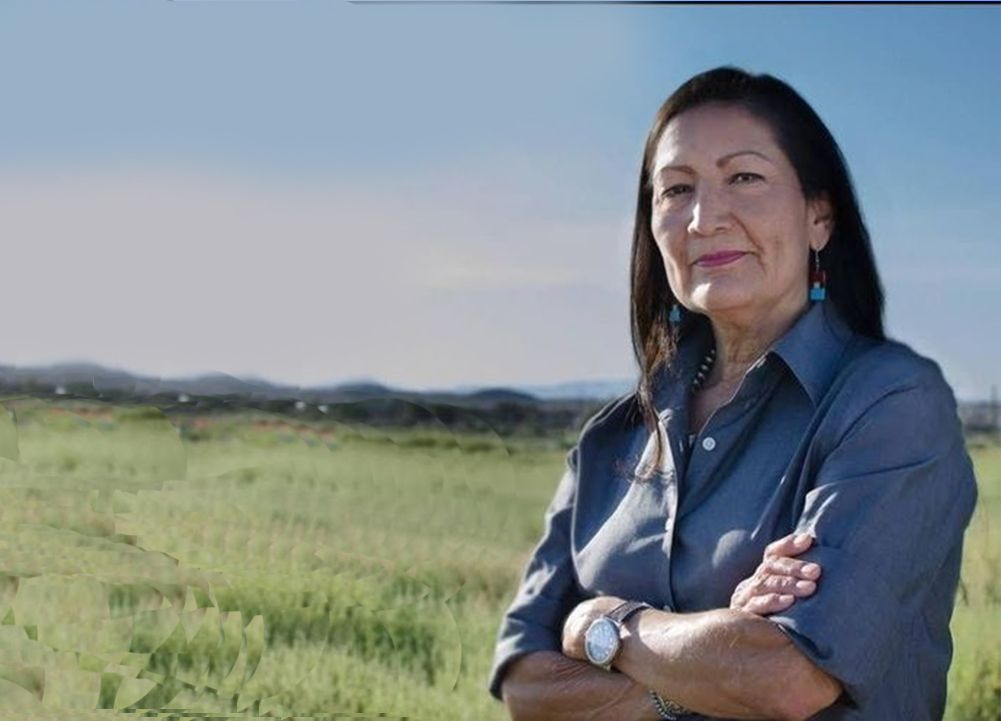 The United States of America witnessed a historical event on Monday when the US Senate confirmed Deb Haaland as the first Native American ever to join as a secretary in the United States Cabinet.

Deb Haaland is appointed as the Interior Department Secretary and is bestowed upon the responsibility of overseeing the US’s land, sea and natural resources including national parks and public lands.

Who is Deb Haaland?

Before enunciating further on her roles as an Interior department secretary, we like to share some information about the lady first.

“The only reason that motivated me to join politics was that I wanted more Native Americans to get out and vote.”, she had once said in an interview with uPolitics. She strongly believes that her ancestors have sacrificed tremendously to keep up the customs and traditions for the upcoming generations and it is her time now to showcase the perspective to the world.

“My ancestors have sacrificed a tremendous amount to keep my customs and traditions for me, so I want to make sure that I am bringing the perspective to the table to anything I do.”, she said to AFP during her first run for the Congress in 2018.

Haaland initially worked as a volunteer and joined the 2012 campaign for Barack Obama. She also had the opportunity to run for the position of the Governor of New Mexico in 2014 but she eventually lost the general election back then.

However, that did not stop her and in 2015, she became the head of New Mexico’s Democratic Party. In 2018, Haaland became a part of a wave of women who joined the House of Representatives during the elections.

She along with Sharice Davids became the first Native American woman to serve in the legislative body.

Apart from her impressive political career, Deb Haaland is a role model in her personal life too. She overcame alcoholism in her youth, fought through a period where she had to use government food stamps to survive and also single-handedly and successfully raised her daughter in the States.

Talk about a woman with the nerves of steel.

What will be her Role in the Department of Interior?

And therefore one of the first tasks as Secretary for Deb Haaland would be enacting upon President Biden’s campaign pledge on banning new permits for oil and gas on public lands.

Another crucial role that will be played by Deb Haaland in the Cabinet would be mediating the relationship between the government and the indigenous communities of the States. Native American communities are spread all over the US and currently, the government recognizes over 600 Indian tribes in total.

The Bureau of Indian Affairs specifically looks into providing funds and services to these federally recognized tribes. This term is used when the tribal entity is recognized as having a government-to-government relationship with the States.

Why is this Event Historic?

Deb Haaland’s appointment as the Interior Department Secretary marked a gigantic step forward in creating a government that represented the full richness and diversity of the States.

The Native Americans were usually neglected in the cabinet and several other places but the appointment of a native American in such a responsible position will hopefully change the condition for the better.

Deb Haaland’s appointment was backed by a petition signed by 120 tribal representatives who urged the president to change the course of history by picking the congresswoman. However, the course was not smooth as she faced steep opposition from her counterparts but she held to her ground strongly and eventually she was confirmed by a vote of 51-40 by the House.

She was also able to clinch support from the Republicans including South Carolina Senator Lindsey Graham and Maine Senator Susan Collins.

Upon her appointment as the Interior Secretary, Haaland said that the historic nature of confirmation is not lost upon her and she will do everything in her power to prove that she is totally worthy of the responsibility.

She truly believes that her nomination would prove as an inspiration for all the young native Americans out there.

The appointment of Deb Haaland as the Interior Secretary was welcomed by one and all and this was not the only time that the oppositions praised the cabinet selected by President Joe Biden.

The first cabinet formed by President Biden is being described as the most diverse cabinet that the States has ever seen for years.

President Joe Biden may inherit a nation that is divided, however with the diverse cabinet members he has appointed, it is sure a small step to repair the broken country. The cabinet has been lauded for being the most racially diverse and having over 50℅ nominees of people of colour.

Even the leaders of civil rights have praised President Biden for keeping his promise of forming a Cabinet which represents and reflects each of the State’s changing demographics.

Hopefully, with the appointment of such diverse and strong Cabinet members like Deb Haaland, Pete Buttigieg and others, America will wake up to new dawn full of hope.

Must know about: Kamala Harris