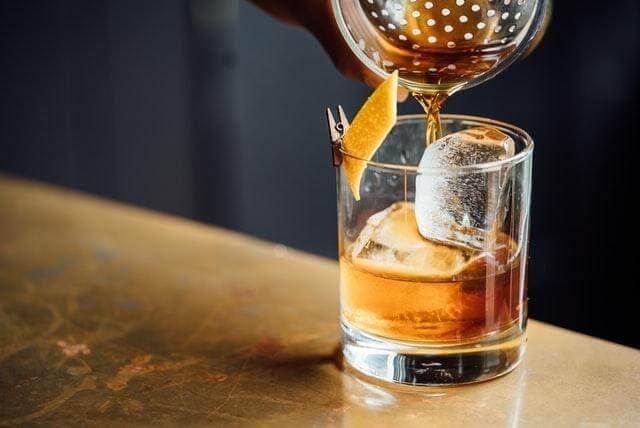 The party season in your heart can carry on forever and what better way to spice things up than a perfect cocktail? One which will leave anyone wanting for more. With house parties increasingly taking over partying at a club, it is always helpful to have a set number of drinks that you’ve mastered – those that just won’t go wrong with any crowd. This could also be a great alternative to a girls’ night out. The Colorado Bulldog is a lesser-known party drink – an absolute gamechanger. An ice cream soda-Esque drink that is so creamy and yummy, no one can resist it. It is the brainchild of coffee and alcohol. So, what is it? How do you perfect one? Here are some answers to these questions and more.

Why is it called the Colorado Bulldog Drink?

Our gazillion searches on the interwebs lead us to nothing. The name is a mystery. But some believe that it is a variation of the White Russian. But no one knows how a Russian drink metamorphosed into being named after Colorado. If you suppose it came from Russia, what has Colorado got to do with it anyway?

What goes into the Colorado Bulldog Drink?

Every coffee liqueur has its distinct taste and flavor. None of them are in the same league as each other. Traditionally, the coffee liqueur used to make the Colorado Bulldog drink is Kapali or Kahlua. The former is made in Mexico using extremely rich coffee beans giving it a thick consistency and making it a great ingredient to add in sweet cocktails.

The latter has a lighter consistency and is made from ground Arabica coffee. It also has a harsher alcohol taste owing to the higher alcohol content. For this Colorado Bulldog recipe, bartenders generally use Kapali due to its more complex smell and richer coffee accents. Thickness is always appreciated in coffee liqueurs.

The literal legal definition of vodka is a spirit that is clear, colorless, odorless, and devoid of any character. Bartenders or cocktail experts generally suggest using plain old vodka – even if it does evoke some blurry memories. It is best if you keep the base of your drink as neutral as possible. However, if you want to tone down the taste of regular vodka, try using the ones with flavors of vanilla. The Smirnoff Vanilla Vodka is easily available, smells divine, and will not sour the taste buds regardless of how much you add.

What are the instructions in a Colorado Bulldog Recipe?

In a cocktail shaker, pour 30ml (or more as per taste) of your chosen vodka. Then pour 30 ml of Kahlua of any other coffee liqueur of your choice. To this mix, add another 30 ml of light cream or milk depending on how thick or runny you want your cocktail to be. Next, add ice to the shaker – fill it up to about 3/4th of the way and then shake shake shake! After you’ve thoroughly shaken the mix, take an old-fashioned or a rock glass. Fill the glass with ice entirely and strain the shaker into the glass. At this point, the drink should be cream in color and have a frothy texture. Pour the cold cola over the rocks just to top the drink off. And there you have it – a smooth, creamy, fizzy Colorado Bulldog.

Variations of A Colorado Bulldog Drink

Here are some variations of a Colorado Bulldog drink.

The Colorado Bulldog drink is a lesser-known variation of the famous White Russian. A White Russian is built over a glass with ice – 60 ml of vodka, 30 ml of coffee liqueur, and another 30 ml of heavy cream. This drink can be served layered or stirred, but preferably the latter. It is an undeniably delicious coffee milkshake or cocktail mix. It is smooth, velvety, and creamy with a hint of that coffee flavor we love and crave. If Starbucks made cocktails, this would be on the top of their menu.

A hipster version of a White Russian is known as Dude’s Delight. This drink is started by pouring 30 ml of cold brew into a cocktail shaker. Into it, add 120 ml of whole milk. The liqueur used in this is a little different. The creator of the drink used Sambuca, but Vodka is a reasonable alternative. After adding 8 ml of Sambuca, pour in 30 ml of any coffee liqueur. Add another 30 ml of vodka along with ice and shake it up. The mixture is supposed to be frothy and thick. Strain it into a glass and garnish it with a sprinkle or two of cocoa powder. Then serve!

Much like a White Russian, the Black Russian uses a similar list of ingredients. Into an iced old-fashioned glass, add 30 ml of coffee liqueur and 60 ml of Vodka. Stir it and then serve it. It is as simple as it sounds. It is not as thick or creamy as its white counterpart, but one sip will wake someone right up.

The Naughty Dog is the mismatch of a Colorado Bulldog and White Russian – slammed into one cocktail. Starting with any tall cocktail glass, add 30 ml of coffee liqueur of your choice, 45 ml of Rum, preferably black. Crack some ice cubes and fill the drink with the cubes. Now, add a balance of root beer for some carbonization. On top of this mix, add a splash or float of heavy cream. Hit the drink with a spoon just to incorporate everything together smoothly. Grate some fresh nutmeg on the top. This is how you make a naughty dog. This is a grown-up version of a root beer float. This is scrumtrulescent, and we do not use that word lightly.