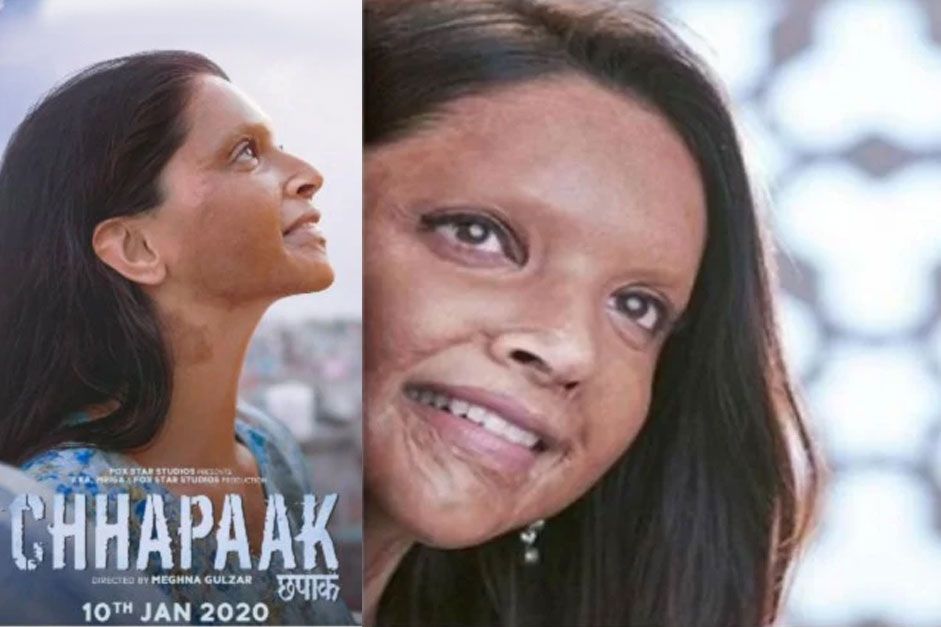 Have you seen the trailer for Chhapaak? What was your initial reaction after seeing it? I felt a chill down my spine, a sudden coldness. I was aghast and it slowly turned into a burning rage. This feeling is familiar; it appears every time I read about rape or an acid attack. Attacks on women in India have become rampant and extremely commonplace. Women for ages have been treated as a commodity, subjugated to patriarchy.

Yet we worship the goddess- she who slays the invincible demons when even the gods fail. But when it comes to the women-the human manifestation of the same Shakti, we don’t bat our eyelid to inflict heinous forms of torture on them. Why do men have to behave in such a grotesque manner to prove their superiority? What has led them to believe that such behavior can be equated to their unquestionable masculinity?

Hate Crimes On The Rise

Acid is a chemical that is extremely corrosive and potent enough to even dissolve certain metals. In the face of such a potent liquid, what is mere skin and bones? 85% of acid attack victims are women, and thus can be safely be referred to as a gender-specific crime. Perpetrators attack their victims mostly as an act of revenge, “with an intention to disfigure, main, torture” and not to kill. When the acid makes contact with the skin, eyelids, nose, lips, ears, and chin shrivel and dissolve. As the acid trickles on other body parts, it burns every inch that it touches.

Though to the rational mind, there can be no reason good enough for such an act, but some of the common reasons behind acid attacks are:

In most cases, the assaulters are known to the victims, in certain instances family members are also involved. India, Bangladesh, and Cambodia have the highest number of acid attacks reported each year. But such horrific statistics aren’t just relegated to the developing nations. Britain has one of the highest numbers of acid attacks in the world. In 2017, there were 465 cases in London alone.

In India, about 350 cases are reported each year, but a report by the Acid Survivors Foundation India fears that the actual numbers are much higher, about 1000 cases every year. Uttar Pradesh, West Bengal are the top 3 states where acid attacks are most prevalent, and Kerala is the only southern state that has a high number of acid attack cases.

Most cases go unreported since the victims are mainly from the poor socio-economic background, who are often strong armed by the violators against seeking justice. The societal shame is add on, to which most victims and their families succumb to. It is only in 2013, that proper legal sanctions were taken against acid attackers, which entitles to a maximum of 10 years in prison. Just 10 years for spoiling a girl’s entire life! The unjustness of the justice system.

Deepika Padukone one of the top-billed star of Bollywood is all set to star as Malti, a character based on the real life acid attack survivor. This is the first time that a mainstream Bollywood movie is dealing with such a sensitive topic. Chhapaak is being helmed by Meghna Gulzar, whose last outing was another woman-centric film, Raazi.

Back in 2005, Laxmi Agarwal was just 15 years old, and hailed from a middle-class family in Delhi and aspired to be a singer. She was like any other girl of her age, with dreams in her eyes. But it all changed within a few seconds. She had refused the advances and marriage proposal of a man twice her age. The then 32 years old attacker was her friend’s elder brother. After her refusal, he would stalk and follow her for many months. Before the attack, he had made an ominous call to her inquiring about her aspiration.

That fateful day, she was walking near Khan Market, when this guy and his brother’s girlfriend threw acid on her. She lay writhing in pain on the road, as she felt the skin on her face and hands burning and melting away. After a while a man came to her rescue, when she was rushed to the hospital, they poured 20 buckets of water on her. She wasn’t allowed to see herself in the mirror for 2 months.

After 2 surgeries when she finally saw her reflection, she was devastated and wanted to commit suicide, but fought thinking about her parents. Laxmi has undergone seven surgeries in total. Her father stood firm by her side, and in 2006, she filed a PIL in the Supreme Court for banning the sale of acids. In 2013 her petition was finally granted and the highest court in the country issued a directive to issue a licence for selling acids only to few registered shops.

Every buyer’s details need to be registered, but the sad reality remains that nothing much has changed, as  acid sells are still rampant and available for a mere 20-30 rupees The attacker could only disfigure her exterior, but her spirit remains indomitable. She is a TED Talk speaker and has started an NGO called Chhanv Foundation that seeks to rehabilitate acid attack victims. She has also won the International Woman of Courage Award in 2014, from Michelle Obama.

The life of the Victims After the Attack

Indian society adds the proverbial salt to the wound of the victims. The external visage is an extremely important aspect for women, and it takes several months and even years of surgery and therapy to heal the physical wounds but the scars become their identity. Once they make peace with the scars and physical disabilities and disfigurement (many victims become blind), a more arduous fight remains of becoming part of the mainstream society once more.

The society readily marginalizes the victims, and the victims are rejected at job interviews and educational institute. This further adds to their mental agony and increases the financial burden. Alok Dixit who become aware of the struggles faced by the braveheart girls, started a cafe called Sheroes, along with Laxmi, in Agra, which is run exclusively by acid attack victims. This place has given these women an identity, whereas before they would hide their faces, now they wear makeup and a proud smile while interacting openly with patrons.

Reshma Qureshi, another survivor, has walked the ramp at the New York Fashion Week in 2016 and works with a charity that helps in providing accommodation, legal aid and support to other victims. Most women are attacked by their own husbands and have to tend for themselves and their children. It isn’t possible without economic stability. Acid attack survivors are now brought under the Rights Of Person with Disabilities Act, 2016, which provide compensation, rehabilitation, reservation in educational institutes and easier access to jobs.

We Shall Overcome Someday

Chhapaak releases in January 2020, and we can only hope that the film can sensitize and educate society. Seeing the face of the women of such hate crimes, only drives home the point that how badly have we failed our daughters. The need of the hour remains to educate young boys on gender equality and consent. Many men have stood resilient beside these women and have fought with them and for the, and we need more such men.

Stricter laws and their implementation is required. It takes several years for a victim to get justice, even then the convicts get out on bail. It remains as if we are subconsciously trying to punish the victims instead of the perpetrators. But the assaulters lose when they see their victims emerge as victors. Today, these girls are fighting back and fighting for their rights. They are more empowered and stronger in the face of their adversities. They have embraced their new visage and are the personification of Shakti!

Hate crimes should be an exception not a commonplace occurrence.