Why Are There So Few Women In Space? Challenges and Obstacles Of Female Astronauts 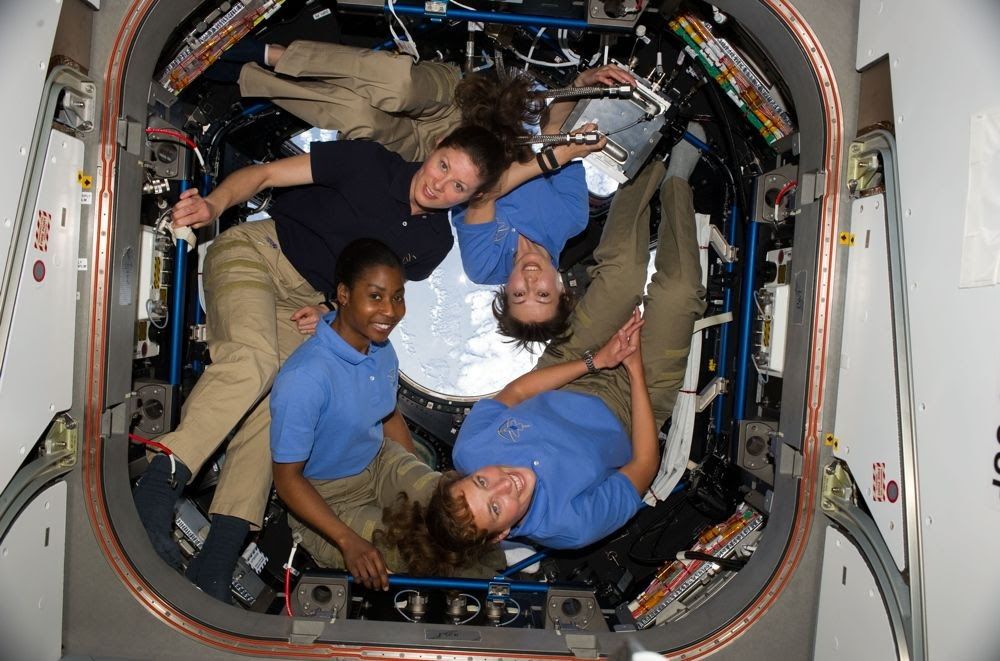 The space science industry is the one that is still heavily shaped by sexism and continues to exhibit significant gender disparities. As of March 2021, only 65 of the 564 people who had been to space were women. That signifies a little under 12%.

In 2019, NASA’s workforce information cubes revealed that the ratio of its male to female employees was 2:1. Yet, a deeper analysis showed that most of these women were in general administrative roles, and out of 20% of women in the space industry, fewer were in positions of privilege.

While Russia sent its first woman, Valentina Tereshkova, to space in 1963, NASA took 20 years to catch up when it sent Sally Ride in 1983. But why is there such a huge disparity? Here are some challenges that women faced and are still facing in the space industry.

Women and Sexism in Space

When Sally Ride was preparing to go to space, she received many sexist questions from the media. She was asked if she cried when the flight simulator malfunctioned and if she would be taking any makeup on her weeklong flight.

“The engineers at NASA, in their infinite wisdom, decided that women astronauts would want makeup – so they designed a makeup kit,” said Ride in 2002. “You can just imagine the discussions amongst the predominantly male engineers about what should go in a makeup kit.” Besides the makeup kit that never made it to space, she was offered 100 tampons for her weeklong space flight, proving that the staff knew little about handling a menstruating astronaut.

It should not surprise you that one barrier facing women are the spacecraft themselves. When Project Mercury began in 1958, president Eisenhower and NASA leadership decided to select the astronauts from a pool of military test pilots. This pool only comprised men, as the military at the time did not allow women to be pilots. They built the spacecraft to accommodate men.

Even when women finally joined the space program, they had to contend with space equipment designed to accommodate men, not a mixed-crew gender. “Functionally, it was much too late to redesign Apollo equipment to accommodate female astronauts,” says Rusnak.

The spacecraft was not the only thing designed with men in mind; the spacesuits were too. These suits were built in 1978, at a time when all astronauts were male, and have not been updated to accommodate women since. They discontinued the most petite sizes of these suits in the 90s, and there was only one suit in the medium size, now the smallest size, flight-ready on the space station.

In mid-March 2019, Anne McClain and Christina Koch were preparing themselves to make space history by conducting the first-ever all-female spacewalk. They would do this when the pair stepped outside the International Space Station (ISS) to install the Craft’s Solar array’s new batteries. NASA astronaut Nick Hague took McClain’s place. Why? No suit in her size would be ready in time for the spacewalk. If they had involved more women in space travel from the get-go, more suits might have been available in women’s sizes. In response to that, efforts are currently being made to redesign the spacesuits to accommodate people of all sizes.

While there are two bathrooms on the International Space Station, the engineers had never accounted for how men and women go to the bathroom. When in space, urine isn't wasted but is recycled, and drinking water is reclaimed from it. However, this recycling system isn't designed for recycling water if there is any matter with it.

In the years since space travel began, research has demonstrated that women may be more susceptible to certain health risks than men in space. For example, women have a lower threshold for exposure to radiation as they face higher risks for breast, ovarian and uterine cancers. Additionally, they are more likely to get Urinary Tract Infections than men.

Yet, none of these risk factors has anything to do with the qualities critics used to disqualify them in the past, like their brains, temperaments, or abilities. Besides that, men also stand to suffer some consequences of being in space. For example, there are risks of some men becoming deaf in the left year. More research still needs to be done to fill the existing gaps in the knowledge on the effects of space travel, including its impact on aspects like reproductive health.

Challenges for Women in the Aerospace Sector

Women not only struggle to get into the space industry, but they also struggle to penetrate the space tech sector too. One of the most significant challenges female founders face is not being taken seriously. According to the president of Tetra Tech, Susan Chodakewitz, the aerospace industry has limitless opportunities for women from both the technical and management/executive perspectives.

When asked why more women are not attracted to the aerospace industry, Susan had this to say, “... I also think women are somewhat uncertain or a bit trepidatious about moving into a field where, there aren’t role models – and where, there is a history at least, of stereotypes and gender bias – that have not supported women’s advancement…”

There are only a few female representatives in the space industry, such as Lauren Lyons (former executive at Blue Origin and SpaceX and was appointed as a chief operating officer at Firefly Aerospace), Gwynne Shotwell (SpaceX president), Lisa Campbell (president of the Canadian Space Agency) and some others.

Talking about the challenges faced by female-led start-ups around the globe, Dana Aljawder, chief technology officer at MAGNiTT, a start-up data platform, said ‘“Raising funds is one of the biggest challenges faced by all entrepreneurs. But female founders also have to navigate industries and existing relationships that have historically been dominated by men, particularly in the tech space.”

“Although traditional gender roles are increasingly breaking down, women are still seen as the de facto caretakers and proudly take on that role. However, we are still seeing the associated social and cultural expectations presenting barriers when it comes to making a case to potential investors,” she added.

The space industry has traditionally been gender-biased towards men, with women being associated with emotions rather than science and technology. There is, currently, a vast gender data gap in space, such as the effects of microgravity on women’s bodies.

Nevertheless, women are the ideal astronauts. Researches show that height and physical strength are not advantageous in microgravity. In fact, women use less oxygen and food, maintain their weight better on restricted diets and create less waste. To quote Sally Ride, "weightlessness is a great equalizer".

In a bid to convince NASA to open its doors to women, the Lobbying group, Mercury 13, proved themselves to be just as capable of going to space as male astronauts when they were subjected to the same physical tests.

This shows that the current disproportionalities have no basis, and more effort should be made to equalize the playing field in the aerospace industry for all genders. After all, there is always something to be gained when a room is created for different viewpoints.