Best Celebrity Maternity Photoshoots And Pregnancy Revelations Of All Time 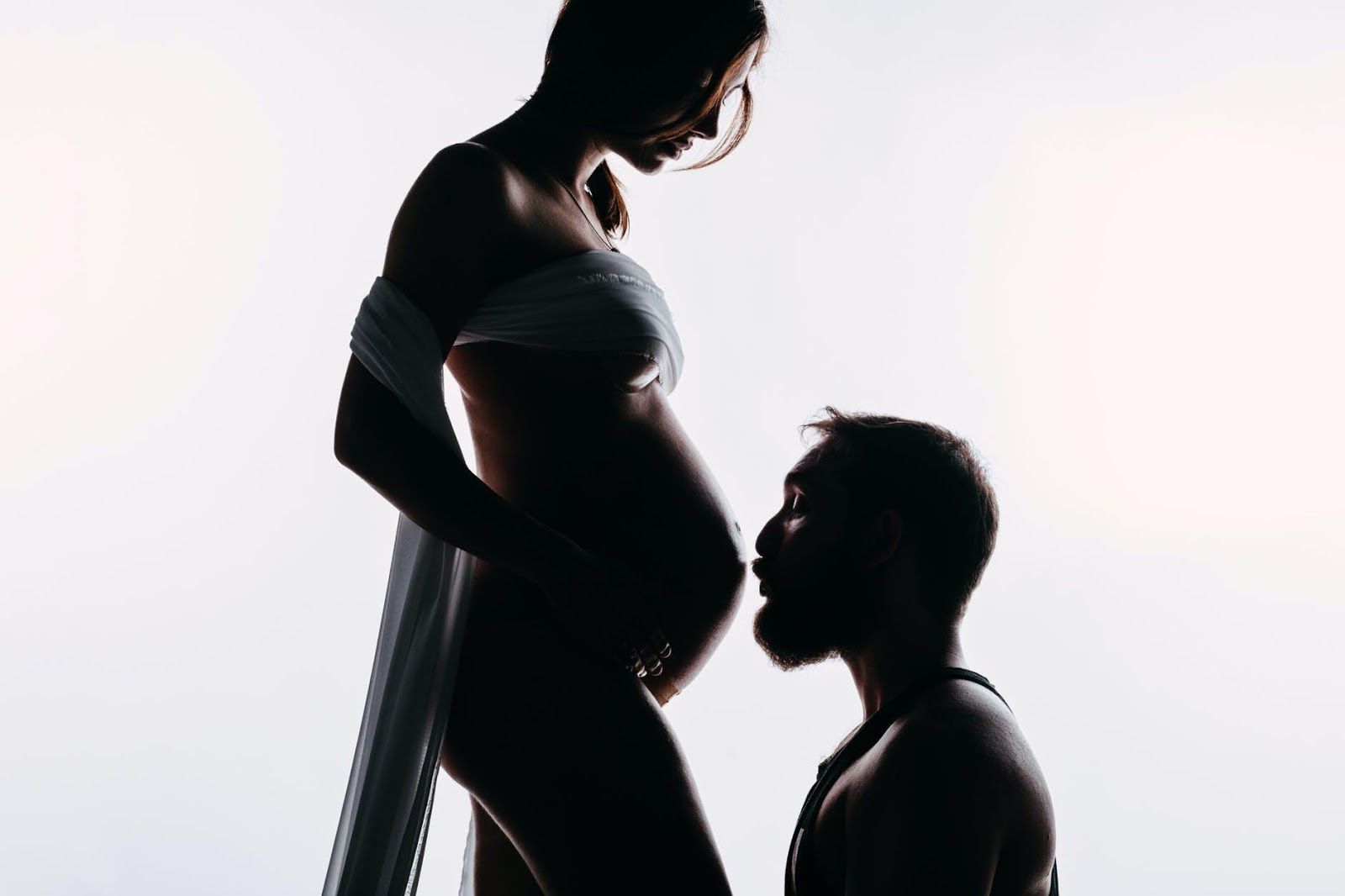 Pregnancy is a transitional phase in a woman’s life. Going through those sickening trimesters is applaud worthy. All the morning sickness and heavy feet are worth it when it comes to mama’s dearest babies. This rollercoaster period of 9 months has many cute moments too. What is better than commemorating this beautiful journey by capturing them in momentous photos?

Maternity photoshoots have become a trend for the last few years. Being inspired by our favorite celebrity maternity photoshoot of all time, many moms-to-be have caught with the trend. Gone are the days when women used to hide their baby bellies out of embarrassment. Now baby mamas flaunt their baby bumps in style!

What is Maternity Photoshoot?

The time when did maternity photos become popular was almost three decades ago. It all started when the iconic celebrity Demi Moore featured the cover of the infamous magazine Vanity Fair. Demi Moore, posed very boldly, embracing her baby bump in a nude picture. In the year 1991, when most moms-to-be were coy about their bumps and camouflaged it beneath loose dresses, Demi took everyone by surprise. Her bold and confident celebrity maternity photoshoot started a new wave of a trend among women.

There was a time when celebrities hid their good news in the fear of losing good projects. Patriarchs made believe everyone that pregnancy would mean the end of their career, no questions asked about their plans. Over time, with the wave of feminism in society, many people realised that it not an unbending rule but a personal choice of the pregnant woman.

In India, our very loving and super chic actress Kareena Kapoor Khan also known as Bebo broke this unreasonable and illogical stigma regarding pregnancy. Our darling Bebo, currently pregnant with her second baby, aced her maternity period in style. She very boldly with utter gusto used to flex her baby bump in fancy maternity dresses.

Ever since the day she conceived Taimur, her firstborn, she has been paparazzi’s favourite.

Other than Bebo, there have in many celebrity moms-to-be who flaunted their baby bumps in style. Celebrities like Mira Rajput Kapoor, Kalki Koechlin, Sameera Reddy, etc. have followed the trend of amazing celebrity maternity photoshoot and took it to their Instagram.

Many celebrity couples who are loved for their perfect duo and adored by their fans shared their pregnancy announcements with everyone.

These #CoupleGoals duos with their pregnancy announcements took everyone by awe.

Queen B broke her pregnancy news by taking it to her Instagram handle. She posted one of her breathtaking maternity photo with a caption announcing her pregnancy. All the fans went bonkers and were happy and congratulated the celebrity couple for the same. The celebrity maternity photoshoot was so crazily beautiful that it soon became the most liked picture of 2017 on Instagram.

There was a lot of speculation and media frenzy about Kylie being pregnant. The Kardashian-Jenner clan created quite a suspense regarding Kylie’s pregnancy. However, the makeup mogul, Kylie Jenner managed to avoid the spotlight and hid her secret well thought the 9 months. Leaving fans curious about her speculated pregnancy, she tackled everyone.

Finally, at last, the day her baby girl Stormi Webster was born, she gave out this big pregnancy reveal in a video clip on Youtube. The video was a glimpse of her 9 months journey and became one of the most viewed videos on Youtube soon after. Along with that, she posted an adorable picture on Instagram announcing the name of her baby. This was the most exclusive celebrity pregnancy announcement of all time.

One of the most lovable and on-again-off-again celebrity couple, Gigi Hadid and Zayn Malik recently confirmed their pregnancy. Supermodel Gigi Hadid and famous singer Zayn Malik were overwhelmed by this good news and wanted to cherish it on their own for a while. But media speculations withdrew that opportunity of the baby announcement of them.

Gigi guesting in The Tonight Show Starring Jimmy Fallon online, confirmed her pregnancy. Later, she took her amazing maternity pictures to Instagram. The whole world was in awe and admired her beauty. Recently, last weekend, the celebrity duo welcomed the arrival of their baby girl.

Going through a pandemic and a year of mostly bad news, India’s favourite celebrity couple, Anushka Sharma and Virat Kohli shared some good news. The couple didn’t have any professionally clicked celebrity couple maternity photos but a simple picture from their humble abode. The couple broke their pregnancy news on Instagram captioning ‘Arriving January 2021’. The picture was very adorable where Anushka flaunted her baby bump and Virat had the biggest ear-to-ear grin on his face. The celebrity pregnancy announcement soon became a piece of trending news thereafter.

7. Cardi B And Offset

Cardi B has a reputation of being a blabbermouth and nobody expected her to keep a secret like that. Although the media speculated her pregnancy rumors, she denied them constantly. After months of media speculation and this hide-and-seek game, the rapper revealed her baby bump while performing the Saturday Night Live show. Everyone was taken by surprise and admiration for the rapper. The reveal was undoubtedly a solid bombshell.

The adorable couple didn’t have a celebrity maternity photoshoot or Instagram post. They rather took it to next level by releasing a song video. The venerable singer, John Legend, legendarily released a song video named ‘Wild’ in April’ 20. The couple featured in this sensuous song video and revealed the good news about baby number 3 at the end of the video. It was better than the climax scenes of an action movie, John very lovingly embraced Chrissy’s baby bump at the end of the video.