"Not Representing A Community, But My Country": Boxer Nikhat Zareen 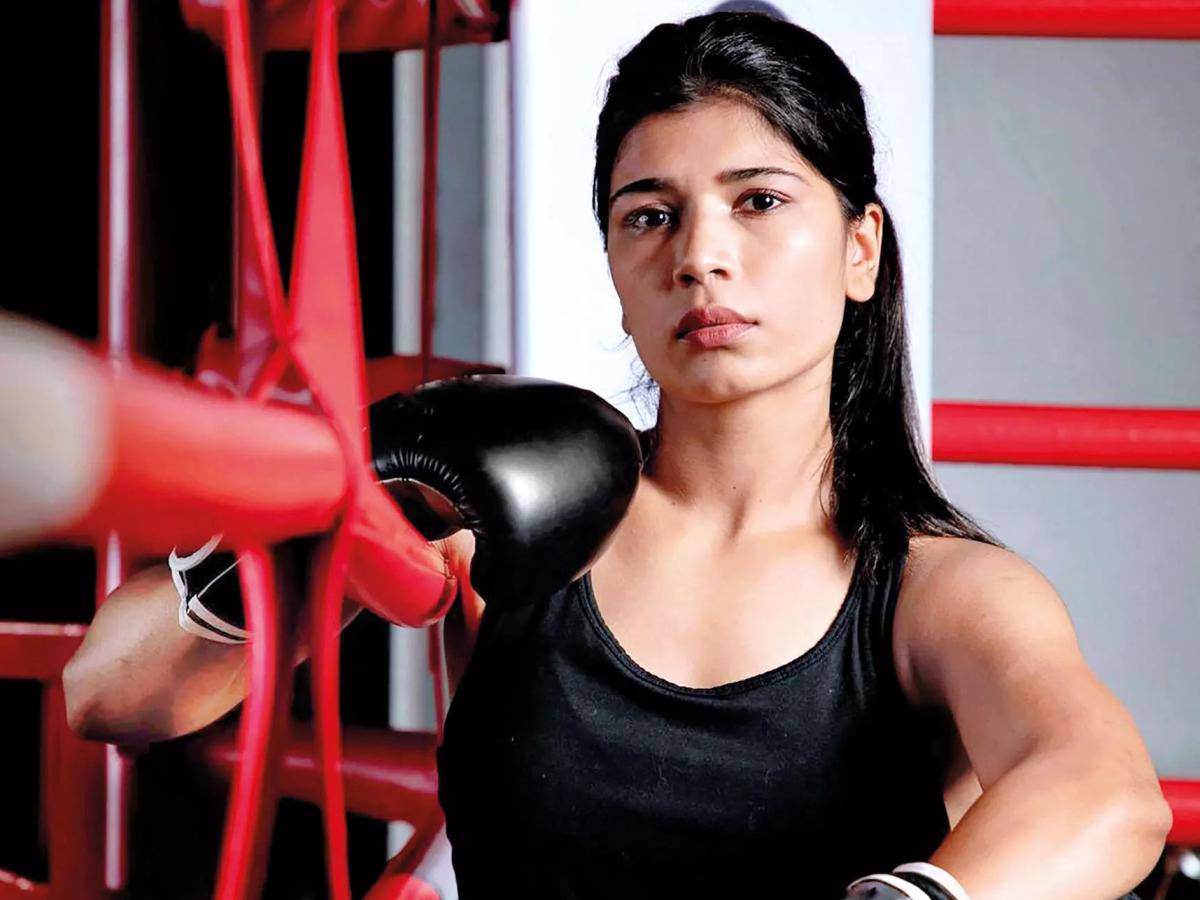 There have been a lot of questions concerning Nikhat Zareen's community and whether or not she had to go through any challenges to make a career in the male-dominated sport after winning gold at the World Championships in Istanbul last month. During an interview with the press, the warrior answered questions like a pro, much like she does when she fights.

Nikhat was born in the city of Nizamabad, which is located in the Indian state of Telangana. Since the beginning of her junior year, she has been the subject of news articles. She became well-known after achieving victory in the weight division of 50 kg at the World Junior Boxing Championships in 2011. Nikhat received her coaching from the United States' Ronn Simms at the Inspire Institute of Sports located in Vijayanagar. She competed in the Thailand Open 2019 and came away with a silver medal. The 2019 Asian Championships resulted in a bronze medal. She was given the gold medal at the Strandja Memorial competition in 2019. In addition, she took home a bronze medal at the India Open in 2019 and a gold medal at the Strandja Memorial in 2022.

As a young girl, Nikhat Zareen began her athletic career by participating in various training programs. At the age of 13, a trip to the Urban Games with her father was the turning point that changed the course of her life. She inquired as to the absence of female participants in the boxing match. She was informed that women are stereotyped as fragile and discouraged from participating in the sport due to the risk of suffering from various injuries. Then, she decided to move away from athletics and pursue a career in boxing.

Nikhat Zareen, who is 25 years old, has been consistently in the headlines ever since she won the IBA Women's World Boxing Championships. The Indian boxer who won the gold medal in Thailand for the 52-kilogram division has stated that she now represents India as a whole and not of any specific community. Nikhat continued to talk about her problems from earlier and mentioned that many people had written off her chances of becoming a boxer because she hails from a highly traditional background. When asked about her thoughts on wearing a hijab, the Indian boxer did not hold back and responded that everyone should have the right to decide whether or not to do so.

Nikhat's sudden rise to fame made it seem like she represented a certain group. When Zareen was asked about this, she said, "As an athlete, I'm here to represent India, and Hindu-Muslim doesn't matter to me." Nikhat Zareen, who is the world champion boxer, has to say that she represents India and not any other group. On Monday, Zareen was asked if people talk more about her religion than about how hard she works and what she has accomplished in the ring. She said it doesn't matter to her whether she is Hindu or Muslim.

When asked about the subject of mental pressure, Nikhat Zareen stated that the Indian player is a little behind in this matter and that it requires training to perform effectively on the global stage. Indian players tend to do well in smaller competitions but struggle when they compete on a larger scale, such as in the Olympics or the World Championships. Nikhat responded that Indian boxers are excellent and that we are not less than anyone else when asked where there is a shortage in Indian boxers. We can accomplish everything that is required of us in terms of strength, speed, and other talents.

Nikhat Zareen faced and conquered several other challenges along the way, but she never stopped believing in her own capabilities. The incredible rise of our brand-new world champion reflects the truth that one's efforts are never in vain. Despite this, she has been scrutinized and judged based on her religious beliefs. However, this did not deter her as she declared that she represented her country, not the community, and continued to roar like a lioness.

Q. How tall is Nikhat Zareen?

A. Nikhat Zareen is 5 feet and 3 inches tall.

A. Nikhat Zareen beat Jitpong Jutamas of Thailand in the private 52 kg division by a score of 5-0.

Q. What is the rank of Nikhat Zareen in the world championship?

Q. Where is Nikhat Zareen's residence?

A. Nikhat Zareen is a resident of Telangana, India.