Bhagyashree Shares Her Thoughts On Bringing Up Children With Equal Values 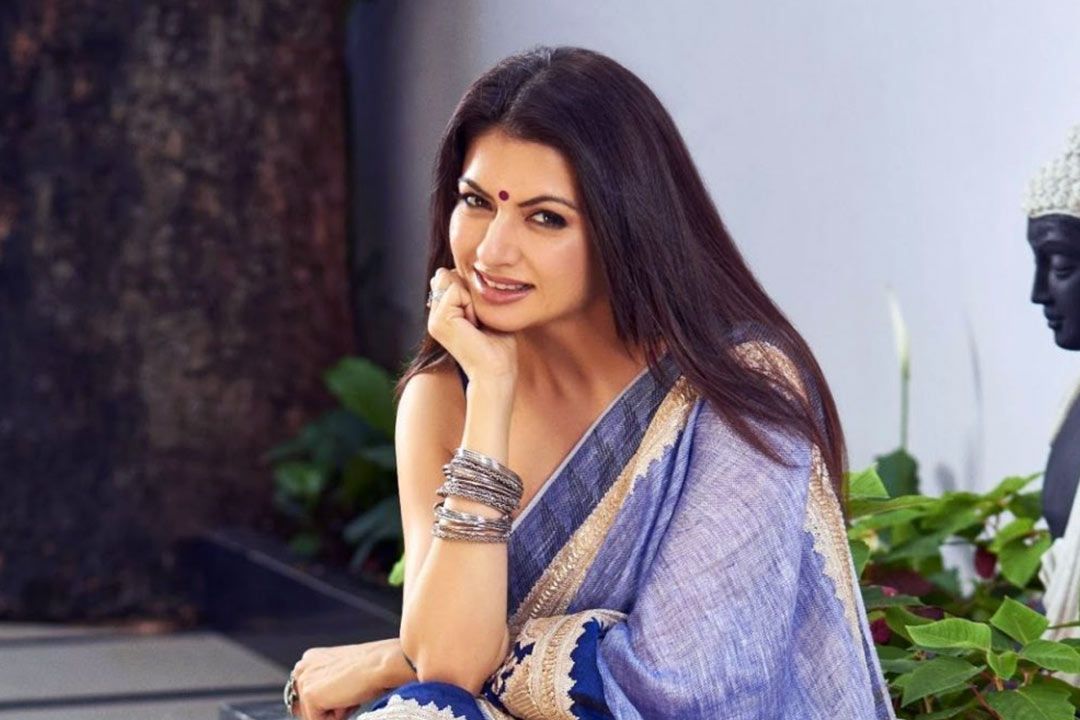 We all think the decisions that we make in our lives will play out, but we can hardly imagine that there is something called destiny.  We all do things and become the person that we are always destined for.

Such is the case for Bhagyashree, who became one of the most popular faces on the big screen overnight with her captivating performance as Suman in Maine Pyar Kiya (1989). After MPK, we have seen her portray various roles in several films and television such as Janani (2006), Payal(1992), etc;

Bhagyashree is one talented actress who can always steal the spotlight with her spellbinding acting skills and alluring looks. This doe-eyed actress, who has a beautiful smile, is setting great examples for all the women out there with her relentless workout regime, making her look timeless.

The Voice of Woman recently reached out to the forever beautiful Bhagyashree and grabbed the opportunity for an exclusive interview to know all about her – her inspirations, the changes she sees in the acting industry with time, her motivations, and so on. Moreover, being a nutritionist, she also shared a vital message for us women regarding the importance of a proper diet.

Keep on reading to know more about the marvelous Bhagyashree!

What inspired Bhagyashree to pursue acting as a career?

Actually, acting chose me. I was more inclined towards my academics, and my heart was set on going to the USA for my graduation.

Being in the acting industry for a long time now, what changes do you see in the industry?

There are many platforms to showcase talents and somehow there seems to be a place for everyone who has a talent and is dedicated to his/her art. Though with the entry of corporates, the industry has become more organized, however, in case of the producers, they end up making projects instead of feeling for the subject.

Fortunately, many new and younger directors are bringing realism and relatability to their films, and their movies now are more story driven. Nowadays, each character in the film is equally important which allows a lot of actors to work on their skills.

Fortunately, there are also a lot of women playing characters, not only in so-called women-oriented films but also characters in regular films, which is also why I feel that it is a great time to be back to work.

You have portrayed different types of roles on-screen until now. Which role did you enjoy the most?

The closest role to my heart will always be Maine Pyaar Kiya because it was my first and it also holds a lot of memories. Other than this, there is a Telugu film called Omkaram in which I played a fiery Journalist.

We have seen you work out passionately in your IG videos. What motivates you to maintain your workout routine?

I am no longer in my 20s. As one grows older, it is imperative that one looks after oneself even more. We cannot abuse our body by following unhealthy habits, eating the wrong food, not giving it rest, not hydrating it enough.

Being able to move about without any pain, without falling ill easily and living with high immunity are the factors that motivates me.

What makes you the happiest in life?

Being able to work, travel, be with the family, and be in optimum health makes me the happiest. It is not a one-time feeling but a continuous process that one has to work towards.

What is the inspirational quote that always keeps you positive?

It is something that I tell people in my talks, that the word “Happiness” has the letter “I” in the center for a reason. It is a reminder that you are the center of your universe, and unless you are happy within, you will not be able to spread happiness around you.

So, Be your own sunshine!

That, unfortunately, is a reflection of our society. However, one of the new films, Badhai ho, has precisely shown that, women above a certain age can also have romance in their life, and people should be willing to accept it.

With women taking care of themselves now, we no longer look, think, or behave the way our mothers used to. As the society will come to terms with this fact, the films will also reflect the same.

Boys in our society were and still are given the impression that women belong to the kitchen and house maintenance, which is sad. What would you like to say in this regard?

I have brought up both my children with equal value systems and have never discriminated against them, except on the issue of physical security. Both my children cook and are well versed in martial arts.

It is up to us as mothers to impart these traits into the next generation, only then the change will come. Respect should be foremost, be it any age, any gender, and any status.

Many women nowadays, both younger and older women neglect their diet. What advice would you like to give to all the women regarding nutrition?

Your body is the only thing that is really going to be with you till the very end, so it’s about time you gave it that importance and respect. Your diet not only affects your body but also your mind.

You can amplify your capabilities through proper nutrition. Having health on your side increases longevity, immunity, reduces the chances of illness and is definitely more important than hitting the gym.

What message would you like to convey through the Voice of Woman?

Believe in yourself because if you don’t, no one else will either. Each woman has a “Shakti” inside of her.