The Many Benefits Of Sweet Potatoes Unearthed 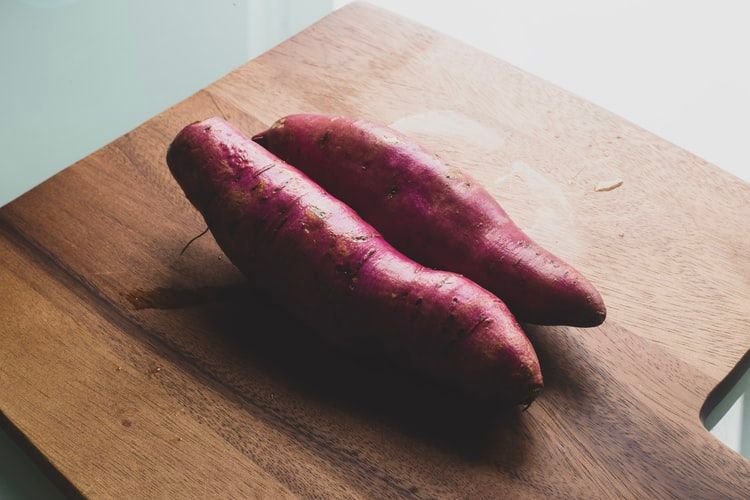 The sweet potato is a sweet-tasting root vegetable that is rich and delicate enough to be used as an ingredient in pie recipes. Most people think of sweet potatoes as just a dessert item, but it has numerous other benefits.

Sweet potatoes are considered to be a staple food in many parts of the world. It is rich in Vitamin A, potassium, fiber, riboflavin, niacin, thiamin, and carotenoids due to their naturally orange color.

Some think that sweet potatoes and yam are interchangeable terms, but they are entirely different. Yams have a much drier texture and are starchier than sweet potatoes. Sweet potatoes are no way similar to white potatoes, though they both are called potatoes. In a much botanic sense, the sweet potato belongs to the bindweed or morning glory family, whereas the white potato sits in the nightshade family.

Apart from being known as one of the most important ingredients used for making desserts, sweet potatoes are known to have several benefits as well.

1. Sweet Potatoes Helps You To Prevent Vitamin A Deficiency

Vitamin A deficiency is considered to be a serious issue around the world. This deficiency can have serious repercussions on health like decreased resistance to infectious disease, an increase in infectious morbidity, dry eyes as well as increased mortality for both pregnant and lactating women and their children.

Sweet potatoes contain high levels of beta-carotene in them, thus making it an important source of vitamin A. Vitamin A helps us to gain immunity and fight against other diseases.

Sweet Potatoes can help you to improve insulin sensitivity in diabetes. Sweet potatoes can be classified as low to high on the glycemic list scale, and a few examinations have shown that it can limit the event of insulin resistance and high blood sugar levels in people who are suffering from diabetes.

Their relatively low glycemic index means that it releases sugar into the bloodstream slowly, unlike other starchy food.

According to a study made in 2008, researchers found that an extract of white-skinned sweet potato improved insulin sensitivity in people who had type 2 diabetes. Earlier in 2000, laboratory rats were fed white skin sweet potatoes or an insulin sensitizer, called troglitazone, for about 8 weeks. The levels of insulin resistance improved in those rats that ate sweet potatoes.

Sweet potatoes have fiber in them, which is extremely important as well. Studies show that people, who consume more fiber, appear to have a lower risk of developing type 2 diabetes.

According to the American Heart Association (AHA), we should avoid eating foods that contain high salt levels, and instead consume more potassium-rich food in order to have a healthy cardiovascular system.

Oxidation in the body can result in various complications like atherosclerosis, which in turn can lead to the development of several cardiovascular diseases. Scientists tested the leaf extracts from sweet potatoes and found that it had high levels of polyphenols, which were able to suppress oxidation in humans, decreasing the chances of development of the cardiovascular disease. The leaf extracts of sweet potatoes also have anti-oxidant properties.

Sweet Potatoes also have dietary rich fibers, which is known to reduce the risk of cardiovascular health.

4. It Reduces The Risk Of Cancer

According to studies, purple-fleshed sweet potatoes are especially effective in fighting against cancer. This variation of sweet potatoes has elements in it that can inhibit the growth of specific cancers like breast cancer, colon cancer, and gastric cancer by inducing the cell death of these cancer cells.

Some other studies have also shown that different extracts of sweet potatoes can also induce cell death in prostate cancer cells and prevent the spreading of cancer. The presence of carotenoids such as beta-carotene in sweet potatoes also ensures having a significant effect on reducing the risk of men becoming afflicted with prostate cancer.

According to a study made in Asia, foods that are rich in vitamin A such as sweet potatoes also protect from lung cancer.

5. Sweet Potatoes Can Help You To Improve Hair And Skin

Sweet potatoes are rich in vitamin A, vitamin E, and vitamin C, which helps you to improve the quality of your hair and skin.

Studies have shown that dietary consumption or supplementation of vitamin E helps in hair growth of individuals who are suffering from hair loss. This is on the grounds that Vitamin E is wealthy in cell reinforcement properties that help lessen oxidative pressure, a significant reason for alopecia.

Vitamin C is recommended dermatologically to cure acne and other skin pigmentations. Vitamin C is also effective at neutralizing the oxidative stress that we experience after exposure to the UV rays of the sun. In addition, a combination of vitamin E and Vitamin C also helps us to fight skin cancer.

Vitamin C synthesizes collagen, which is the main structural protein of the skin. Vitamin A has been proven to cure sun damaged skins and allergies. Studies have also shown that this vitamin helps us to fight skin cancer, along with chemotherapy.

Thus, sweet potato being rich in vitamin A, vitamin C, and vitamin E, helps us to improve your skin and hair from within. It provides the proper nutrition that our skin needs.

Studies have shown that one of the major soluble dietary fibers in sweet potatoes called pectin, which is effective at reducing the appetite of an individual, reducing weight gain, and also increasing the activity of satiety hormones in the body.

According to studies, there is a direct relation with the amount of fiber you eat and reduced body weight. Thus, sweet potatoes, being rich in fiber, helps you to lose weight.

Are Sweet Potatoes Safe For Everyone?

Sweet potatoes are an excellent addition to a balanced diet. However, they do contain oxalates, which bind calcium and other minerals. Too many oxalates in the diet can cause kidney stones. Thus sweet potatoes should not be eaten in an excessive amount. Besides, people already having kidney stones should avoid including it in their diet.