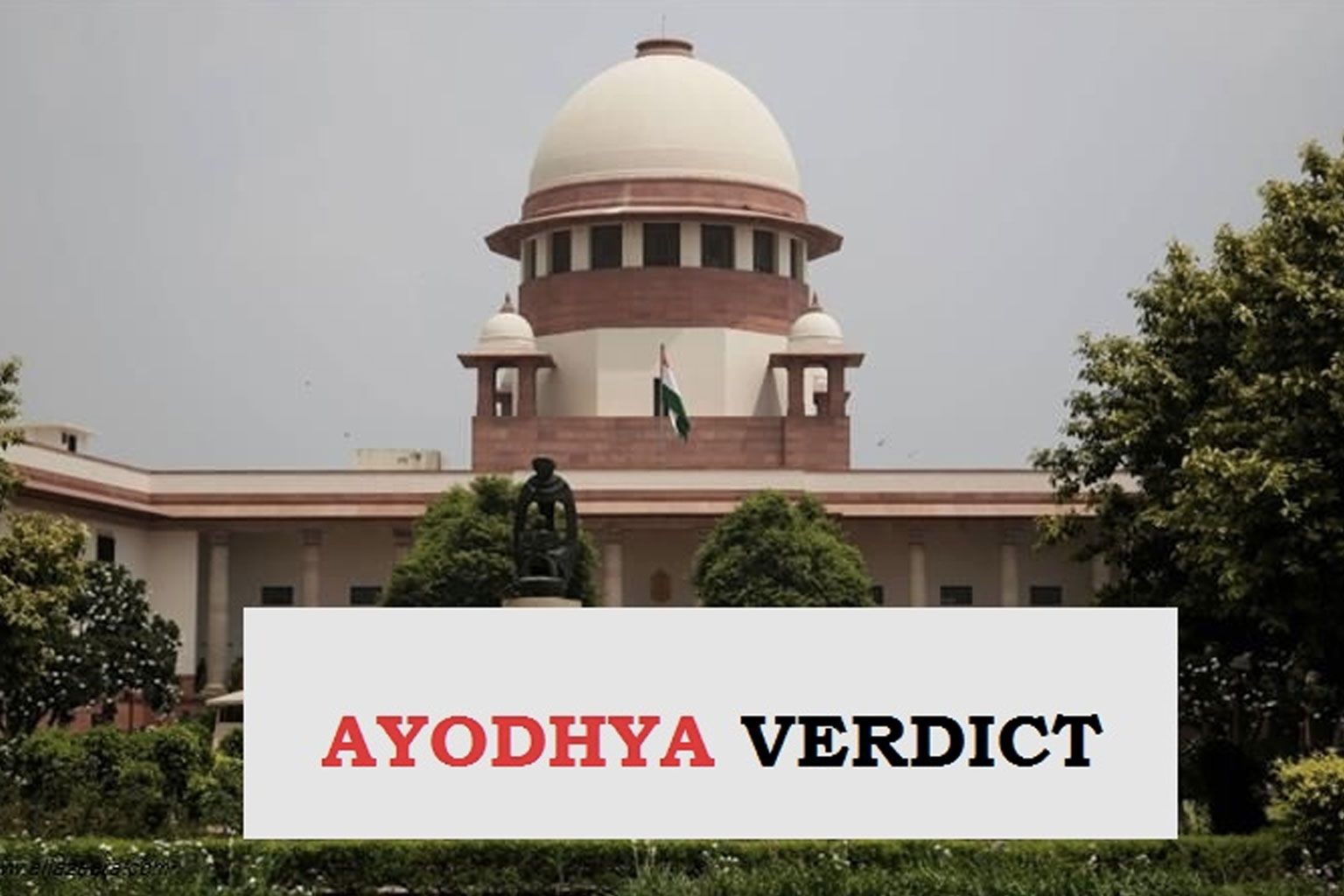 The honorable supreme court of India passed the verdict on Ayodhya Conflict on 9th October. It was declared that the Ayodhya Ram Janambhoomi will be given to Hindus for the construction of Ram Temple, while 5 acres of land will be provided to the Sunni Waqf Board within Ayodhya for the construction of a mosque. Reacting to the same decision on Ayodhya dispute, Bollywood too came forward in appealing the citizens to accept the verdict with grace and respect.

Tapsee Pannu, Kangana Ranaut, Huma Qureshi are among the many Bollywood celebrities who came forward to lay down their opinions over the much-awaited Ayodhya Verdict. ‘AyodhyaVerdict’ was the top trend across the globe with over 206K tweets while ‘HinduMuslimBhaiBhai’ was trending fourth worldwide with over 18.7K tweets. Kangana Ranaut embracing the verdict posted her statement on Twitter that read: “The Supreme Court judgment on #AYODHYAVERDICT shows how all of us can coexist peacefully.

This is the beauty of our great country, and I urge everyone to rejoice in the fact that we define ‘Unity in diversity’: #KanganaRanaut #AyodhyaJudgment #AyodhyacaseVerdict” Giving a thumbs up to the announcement Tapsee Pannu tweeted: “#AYODHYAVERDICT hail Supreme Court! Let the needful be done. Now moving towards working on issues that will help our nation become the BEST place to LIVE in.” Jolly LLB 2 actress Huma Qureshi too tweeted: “My dear Indians, please respect the Supreme Court verdict on #AyodhyaCase today. We all need to heal together and move on from this as one nation !!”.

Whereas Swara Bhasker tweeted lines from the bhajan Raghupati Raghav Raja Ram, which is popularly associated with Mahatma Gandhi. Other than these actresses, Bollywood celebrities like Farhan Akhtar, Kunal Kapoor and Farhan Khan stepped forward to lay their opinions and made a call for peace, in the same Ayodhya dispute context Spreading a strong social message Farhan Khan tweeted “To me, Temples Mosques Churches are brick and mortar. The true essence of prayer lies in your intent, not ritual. Happy with the Ayodhya verdict.

Now maybe we can leave this Mandir – Masjid issue far behind and focus on the progress and people of our great nation. Jai Hind!” On the other hand actor-writer, Farhan Akhtar said “Humble request to all concerned, please respect the Supreme Court verdict on #AyodhyaCase today. Accept it with grace if it goes for you or against you. Our country needs to move on from this as one people. Jai Hind!”

Kunal Kapoor tweeted “This is a time for peace and healing. Let’s be sensitive to each other and build a more inclusive and unified India #AYODHYAVERDICT.” Sharing similar views, actor Vikrant Massey in a tweet said, “What a glorious day. Our tomorrow’s will be better than yesterday. I pray for an India that is stronger & unified as we move into a new decade.

Voicing their opinions Bollywood celebrities have performed their duty to make sure the verdict gets acceptance to build a strong and unified India. Ayodhya Case being a politically-sensitive issue has been accepted graciously by the public and its big share goes to Bollywood.