How The Automobile Industry Is Changing For Women Drivers? 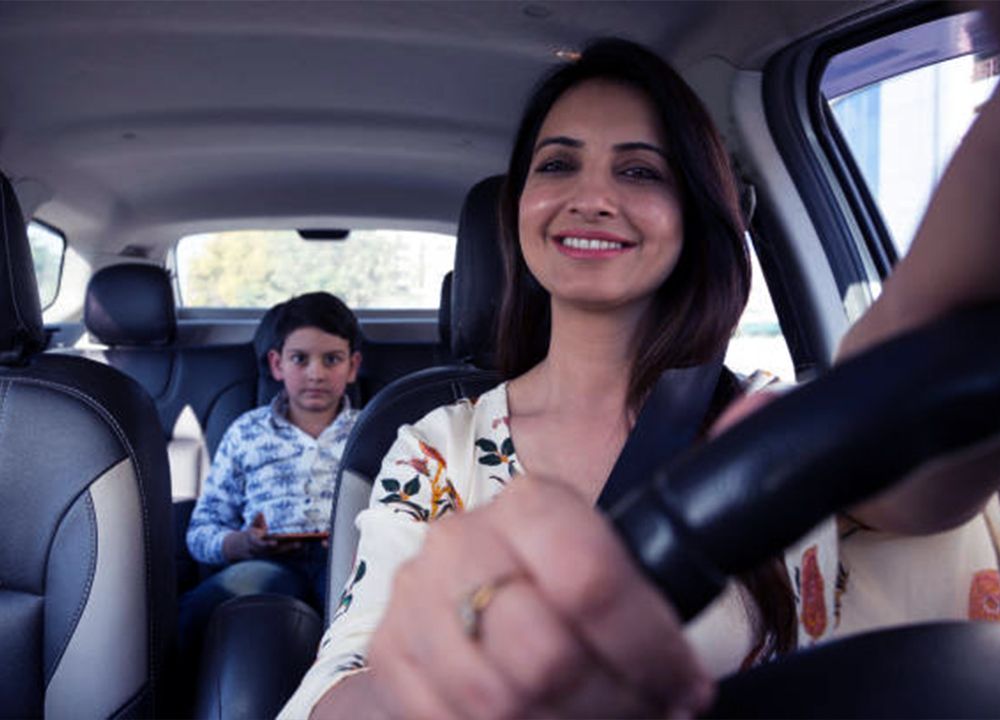 Women's automobile purchases have nearly quadrupled in the last five years as more women enter the work field and gain economic independence. For example,  Maruti Suzuki, which is India's largest automobile manufacturer, has increased its female buyer share to 12% from 7% five years earlier, while Hyundai Motor has increased its female buyer share fourfold to 12% since the year 2014. The proportion of women drivers and buyers of premium vehicles like Mercedes-Benz and Audi is also rising at 15-20 percent – hence, rising faster in a falling market.

Challenging the current quo does not limit to supporting women’s power or providing them with better opportunities but to changing the mentality of men, the way they act or perceive women. What initially would have been a mere dismissal or denial from men with time has evolved to a superiority complex and outright hostility as women are performing extremely well in almost every field. So, is the sector of driving, which due to several reasons women hesitated but nowadays, the trend is changing at a fast pace. In this article, we will be discussing in detail such reasons, as well as the reason behind increasing women drivers. More women in the driver seats reflect a change, as they are breaking all the stereotypical thoughts where women are dependent on men.

Car manufacturers are now going all out to introduce features that appeal to female purchasers. Along with a rising proportion of female automobile buyers, their age profile is becoming younger. For example, at Maruti Suzuki, the age range of a female automobile buyer has dropped to 31-34 years. The majority of them are employees, with the firm making the most orders with female clients in Kerala, followed closely by Tamil Nadu.

Female purchasers favor hatchbacks so there is a  sizable women drivers base for the car models such as Grand i10, NIOS, and Santro. It is also noticed that a lot more female consumers choose SUVs because of their extensive utility and safety standards.

Women purchasers will be a significant market segment. "We're trying to find a way to make it easy for them and make Maruti their preference," said Mr.Shashank Srivastava, Maruti Suzuki's executive director (sales and marketing). According to industry figures, women account for 10-12 percent of sales in India's 2.96 million passenger car market. Officials, on the other hand, claim that the proportion of women who drive is substantially greater, owing to the fact that many automobiles are still registered in the names of their male family members.

There are two noteworthy initiatives that are creating a difference for women drivers right now. Here's the gist about what they have accomplished so far.

With the goal of enabling young women from deprived backgrounds to break down socioeconomic obstacles and traditional gender roles, ActionAid Association, with funding from DXC Technology, educated 30 women in driving vehicles in Jaipur, Rajasthan, in collaboration with Maruti Driving School, Jaipur. The curriculum featured not just driving tests, but also self-defense, practical skills, and mentorship programs. These women, all of whom now have a driver's license, are being encouraged to become professional drivers, ultimately financially empowering them and enhancing their livelihood opportunities.

While significant advancements in the road, automotive industry, and mapping technology have helped to reduce physical risks, along with the new-age driver training approaches that offer location and time flexibility, as well as the modernization of urban mobility via smartphones, have transformed the very nature of the profession for women drivers, and concerns about a woman's security and the profession's appropriateness for women are plenty.

While the world is changing at a quick pace for women in all aspects, there are still certain obstacles that needs to be addressed. Here are some of them:

Even though there are several improvements, the limitations that hindered as well as those which still need to change require focus. Based on several women drivers reviews, it is evident that the initial and biggest limitation is the lack of safety. Safety during mobility is a huge concern for women in both cases, that is the driver as well as the commuter. The required reforms include changes in the behavior of men, cultural changes, a better public environment, and conditions to prevent instances that affect safety.

In the questionnaire surveys, all of the female drivers highlighted socio-economic growth and financial empowerment as the primary advantage, which had a favorable influence on all of the other metrics of gender fairness and independence. The quantitative replies from both men and women supported these conclusions, with economic success placing first among the advantages. Notably, more than thirty percent of women drivers living with their spouses reported having some amount of influence over how the money they made is spent, or complete authority over the decision making.

Gender equality is a must but in several cases, intentional gender inclusiveness is essential. It ensures that every field supports and provides opportunities to every aspirant equally. Such initiatives must include steps to improve the representation of women, especially as professional women drivers or support them to become successful women entrepreneurs. Slowly, the streamlined sector will shift and change its track from women can’t to women can and will.

7. Lack of essential resources in the public environment

Raise the frequency of public restrooms and raise awareness of the environment: Outlying investments in constructing more public restrooms throughout the city, particularly at transit hub stops and fare plazas, as well as making such areas more dynamic with additional police monitoring, surveillance, and commercial activity will indeed improve professional women drivers' personal safety in their "place of work." The low number of public restrooms per 1,000 inhabitants in urban regions is shown by the following figures: 0.11 in Chennai, 0.07 in Bengaluru, 0.06 in Mumbai, 0.03 in Delhi, and 0.01 in Kolkata. Hence, along with initiatives to improve such facilities in rural areas, urban development is also necessary.

To conclude, here is the fact that women drivers are breaking through all these barriers but it is our responsibility to support and encourage them. The environment where nothing but skill matters is necessary as gender differences or other forms of discrimination is highly toxic for society’s development. Hope this article shined the light upon all the difficulties and transformations in the evolution of women rising as professional as well as independent drivers.