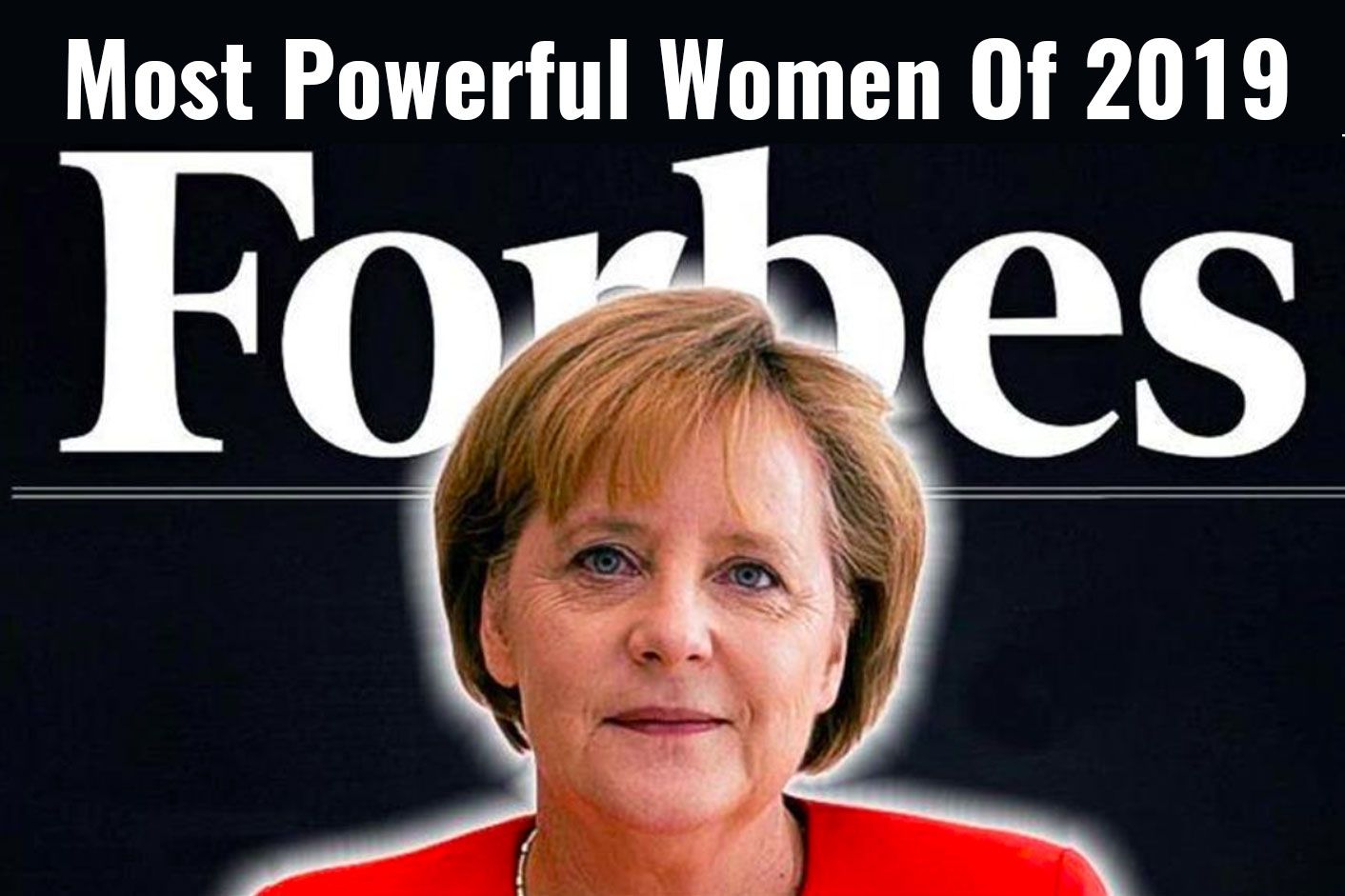 German Chancellor Angela Merkel has touched the peak of Forbe’s Most Powerful Women of 2019. From the fields of politics, entertainment, and business, Forbes releases a list of most influential and powerful personalities and lays an annual ranking. From the last nine years, Angela Merkel has continued to rule the throne of being Forbes’ number one.

The German Chancellor, Angela Merkel is the first and the only woman commander in chief of a G-20 nation. Currently, the World statistics state that there are only five percent of women heading the government. And women also hold only 24 percent of parliamentary seats in the world. There seem to a good rise in the number of women in global politics. They have been actively taking part in developed countries when it is about global politics. Angela Merkel has been the German Chancellor since 2005. She has been tagged as the leader of the free world.

Forbes has described her to be “steely reserve, from standing up to Donald Trump to allowing more than a million Syrian refugees into Germany.” Forbes also praises the impact she has as the leader of the Christian Democratic Union and as a Chancellor of Germany. The way Merkel handled the economic crisis in Germany unlike other European countries, was commendable. She also managed to fed off a long term recession in Germany. As a revolutionary result, Germany flourished in crisis. On the other hand, soon after the Fukushima disaster, Merkel announced that she would shut eight of Germany’s 17 nuclear reactors and others would be phased out by 2020.

This won her global applause and made her country number one in energy reform and tackling global warming. She was also the one who contested Trump’s immigration ban in 2017. Angela Merkel is a Protestant, childless, East German woman who leads the Christian Democratic Union which is actually a male-dominated party. Her roots belong to West Germany. She was also a part of Young Pioneers and the Free German Youth which lead to a number of controversies in her life. Merkel’s stance increased her visibility and popularity with the German public. In no time she became the top politician of Germany. However, until she leaves, Merkel will remain one of the longest-serving heads of the Christian Democratic Union and modern Germany itself. She is considered the backbone of the European Union.

The Private Life of Merkel

She is not a public person as her speeches are considered quite boring and uninspiring. She is truly the one believing in action speaks louder than words as she is not very good with the words. She likes to live quietly in her private space with her second husband. Being a modest individual, she likes to do her own shopping at supermarkets. She still lives in an apartment that she bought before she became Chancellor in central Berlin.

Angela Merkel is often referred to as the de facto leader of Europe. As she leads the region’s largest economy, she is admired by many. Serving her nation for decades she has decided to retire in 2021. She will also not take any political post after her term ends. Her service has made her the loyal personality of Forbes Publication. She is a truly deserving personality to rule that throne.