Anasuya Bharadwaj Opens Up About Her Interests Other Than Acting 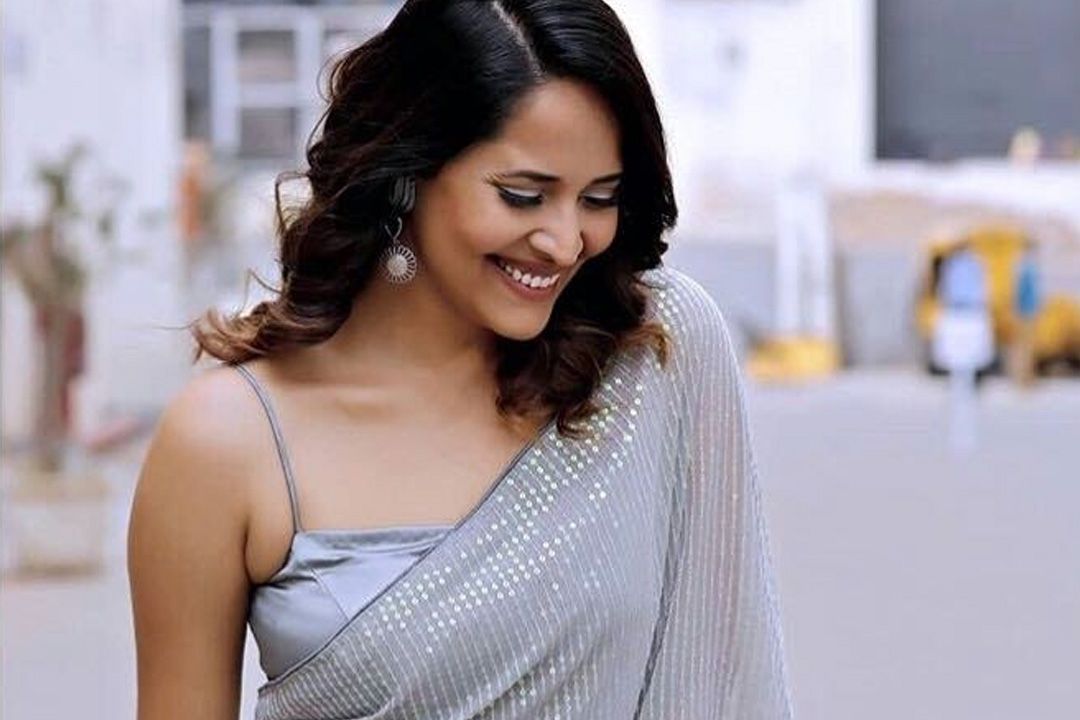 A television presenter, a host and a movie actress, Anasuya Bharadwaj plays these roles perfectly! In her own words, as the Southern beauty she calls herself the ‘accidental entertainer’, Anasuya Bharadwaj is busy giving all her lockdown time to her children and husband and busy cooking for them.

The dazzling actress talks with the Voice of Woman to share her journey, her experiences and her projects in the pipeline!

Tell us about your journey from television to movies

I started on television but always been receiving offers for movies, even before I was on TV. Perhaps I needed that kick as an actor in me to jump into films! ‘Kshanam’ was the first film that I signed. But I never see it as a shift from television to the cinema because I was always getting movie offers.

Movies are about glamour, and I already do a lot of glamour on television. I needed something exciting to start with, and ‘Kshanam’ gave that to me, something that excited me and made me surprise my audience.

I always want to surprise my audience and look for characters that would be unpredictable on the big screen.

So after Kshanam, I started doing films. But the priority for me is always television, that’s where I found my ground footing. I would always prefer to grow taller, staying firmly rooted to my ground.

We have heard that initially, you denied movie offers to work as a television presenter. What attracted you to anchoring more than acting

This happened a long time back, around 12 years back when I was working as an HR at a visual effects company. The company used to do visual effects for a lot of Bollywood and Tollywood films also. It was from that time that I was getting movie offers.

I come from a very conservative family, and during that time, I was seeing my now-husband, and all of them were quite worried about me being in the industry. Also, I wasn’t confident enough to pull myself into this glam field. So that’s how I rejected movies!

But, I didn’t refuse film offers to work as a television presenter. At one time, I happened to convince my father to be a news presenter, and the shift from the news presenter to the entertainment field occurred within the organization. After that, there was no looking back!

It was never ‘something’ that attracted me to anchoring more; I found this field safer. In the south film industry down here, working in this industry was a big straight NO from a lot of families, especially for young girls back then.

I don’t know how it is now, though! News presenting was very sober and a decent kind of a job profile to have always, which led me to it. So, that is how I found my way through.

What made Anasuya Bharadwaj choose a career in the entertainment industry? Was it always your first career choice

No, it wasn’t my first career choice. I just took decisions from the choices that came my way. I went for the flow. I am an accidental actor, an accidental television presenter and an accidental entertainer. But now I enjoy every bit of it!

I, me, myself from yesterday!

Tell us about your recent/upcoming projects

My last name to fame was Rangasthalam. Among upcoming projects, I have three projects lined up. Before the lockdown happened, I was halfway shooting for a big film ‘Ranga Marthanda’ directed by reputed director Krishna Vamsi.

How do you divide your time between work and family

Like everybody else! Is it that difficult? A lot of people ask this, but for me, I don’t take it as much burden or as a huge responsibility. I do whatever I do with a lot of love and passion, and so it doesn’t seem like a burden to divide the time.

What are the challenges you face in your work if any

I go to work every day as a challenge, like a lot of us. But particularly the place I work, I challenge myself to cope up with the competitions I face. I think, in the end, it’s all about loving your work.

If you love and enjoy your work, you don’t find the challenges and work doesn’t become a challenge. You start enjoying it!

How would you describe your style and what fashion attracts you

For me, fashion is all about comfort! But sometimes, I have to wear miserable heels to complete the look!! I am quite a tall person myself, I am 5’9, but still, I have to wear heels.

I am not used to wearing stilettos and junk heels but have to do it to finish the look.

I love dressing up and am very experimental. You can go through my Instagram where you’ll find a lot of stuff with makeup and dresses. Of late, my drape series has become a huge hit here in television for a show.

Tell us about your interests other than acting/anchoring

I think I am a curious person in nature. Everything interests me, but this lockdown and quarantining have made me rediscover the amazing cook and baker that I am. I think that once I retire, I am going to take up farming!

I am making the best of every moment. In my eleven years of my career, I took a break for only three months each to deliver my two boys. But apart from that, this is the longest time of a break I am having.

I was entirely caught up with 4-5 television shows and three films that were going on, and I was always working a lot and cribbing for not being able to spend enough time- maybe it was the guilty mother feelings in me.

But now I am spending a lot of time and making the most of everything; I am cooking, working in the kitchen four shifts a day and loving every bit of the bonding more with my boys and my husband.

I am somebody who sees the brighter side in the worst of situations. Although what is happening around is very uncomfortable and restless, it is all for good! I think somehow its destiny, we deserve what we get.

I see as Earth, and Mother Nature is rebooting itself for our good and the generations to come. That’s how I see it!

A woman who is headstrong about her career choices or tries to be independent is often looked in a different eye even though the country calls itself a progressive country! What are your thoughts on that

Absolutely right! You are asking the right person who is going through all this daily! The first thing that most people don’t like about me is that I am very headstrong about the choices I make.

Also as I am a married woman and a mother of two boys, apparently for a section of the audience, I am unfit of being a mother, and I am not a woman of character because of my choices.

But like they all say, these pretty faces are meant only to put makeup on and dress well and smile, no matter what is going on in the lives of everybody or a woman herself. I am pleased that the Voice of Woman has asked my thoughts on this, and I can share my views on it!

According to society, a strong woman shouldn’t talk, we shouldn’t have opinions in life, but I am somebody who slams that! A country can be progressive in a lot of ways but having complained of all this, there is definitely a change happening right now, in comparison to some ages before us. However, there is still a long way to go!

I think the first notion that marriage is the end for a woman should change. Marriage should be seen as a boon, not a curse. When you marry someone, you share your life, and the person is called a life partner.

Marriage is not the end to your dreams, it’s your life that you’re sharing and with your permission, they are with you.

I think in the end, it is all about the approach and understanding of the person you are sharing your life with. And if people think I am headstrong and I am whatever so-called things they say about me, I am proud of it, and I really don’t care!

Tell us about your favourite co-star till date

That’s a difficult question! I still have to experience a lot of co-stars. There is too little list to pick one.

Which is Anasuya Bharadwaj’s favourite hideout

Anywhere that I can go with my family! To be specific, I love going to the beaches and mountains. I just can’t wait to go once all this is over.

Just be strong, it is your life nobody has the right to command or demand things from you, but yourself.

Don’t be too harsh on yourself, except for the time you want to better yourself, and not for others. Stay strong and rule the world, girls, and women!! ~ Anasuya Bharadwaj