‘Aishwarya Sakhuja’ Speaks About Gender Inequality In The Acting Industry

Aishwarya Sakhuja is one of the prettiest and talented women in the acting industry. From competing in Miss India 2006, where she became one of the finalists to establishing herself as an actress in the industry, she has come a long way in her journey.

She has appeared in several TV serials and acted in films as well. This model turned actress has made quite the name for herself in the acting industry with her skills and dedication as an actress.

The Voice of Woman recently got into chatting with this gorgeous lady, and we learned some insightful details of her journey as an actress and some interesting facts about her as well.

Did you always know that you would end up in the acting industry?

Honestly speaking, no! Because I kept switching to different professions over time. Entering the acting industry was never a fixed idea. I allowed my life to take me to where I am supposed to be.

You recently appeared in the film “Ujda Chaman”. How was your experience working with the cast of the film?

The concept of Ujda Chaman attracted me to do the film. The entire cast and crew of the film were so wonderful. It was a magical experience to work in a Bollywood film and to allow the people to see beyond what I have done until now. I will never forget this experience!

What is your go-to makeup look? We would love to know about your makeup routine.

My go-to makeup look has to be the minimal one. If I really have to get ready, then I would usually skip most of the products including eye shadow.

I make my eyes really bright with a lot of mascara, and I use a nude lip color.

I try to avoid using the base as much as I can because I like to keep my skin breathable. So, light on the eyes and lips with a fresh blush.

For my makeup routine when I get ready, I make sure my skin is well moisturized after cleaning it, then I apply a good primer.

Then I get the eyes done first, then move on to the base, and end it with my lips done, trying to keep my makeup look minimal.

Lastly, I use a fixer for my makeup.

You have acted in several TV serials portraying different roles. Which role did you enjoy the most?

It may seem like a politically right answer when I say all the roles that I have portrayed until now are all extremely close to my heart, but the role that I am currently portraying, Ahana in Yeh Hai Chahatein is a lot of fun, as the character is evil with a lot of shades.

It’s something I have never done before which is a challenge for me, making it a fun experience. I am someone who lives in the moment, so, Ahana would be the answer. 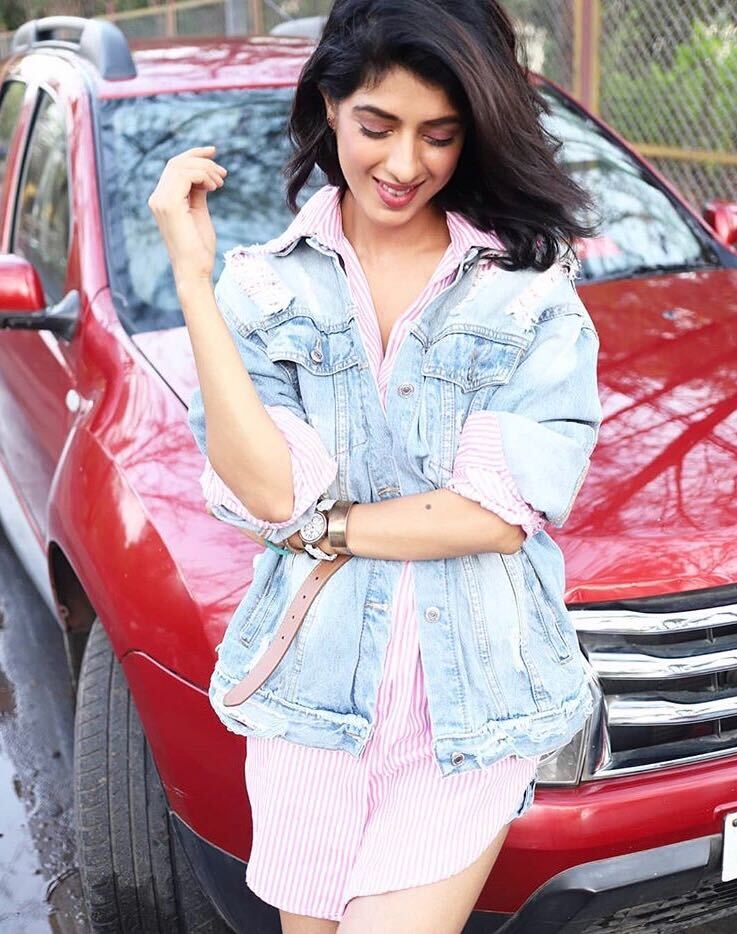 Yes, I do follow a strict diet, but I wouldn’t say that I am on a diet. It really amazes me when people say that we are on a diet.

What I think is everyone follows a diet. We all should include nutritious food in our body and avoid all the unnecessary items such as sugar that are harmful.

I follow a nutritious diet, sticking to my vegetarian food and eat a healthier form of grains, especially rice, and I avoid wheat as it doesn’t suit me. Basically, my diet consists of a lot of fruits and vegetables.

Time for a rapid-fire quiz:

What advice would you like to give to all the young girls out there through the Voice of Woman?

Advice that I want to give to all the young girls out there is, don’t take your health for granted. Listen to your body, don’t get into these fads of unnecessary dieting. Losing weight and being thin is not symbolic; it may be symbolic of fitness, but it is not true.

Being thin doesn’t necessarily mean that you are fit from within. Focus on fitness and not fads!

You have acted in both TV serials and Films. How would you like to describe the experience in both cases?

On working in television serials and films as an actor, I understood that both the mediums are different mainly in terms of demands. Television will always be my comfort space and working in films has challenged my acting skills.

You played the role of Sonya in the sequel of Sarabhai vs Sarabhai. How was your experience?

Playing the role of Sonya in the sequel of Sarabhai vs Sarabhai was a lot of fun and extremely intimidating as I was surrounded by such iconic actors. There were times when I was completely intimated, not that they tried to intimidate me.

It was a humbling experience as I got to see such iconic actors work hard in each and every scene. It made me realise that no matter how big you become as an actor in the acting industry, never take your skill for granted.

Tell us something interesting about the Aishwarya Sakhuja in real life.

I think I feel like I am still 13. I don’t feel like a grownup. Sometimes it hits me in my mind that I am an adult now and that I need to take care of my own things. Even today I still run to my father for help for the smallest things.

What kind of roles would you like to portray in the future?

The roles that I would want to play in the future has to be something challenging or something that I haven’t done until now.

I have dabbled in drama, comedy, thriller, reality as of now. The role has to be interesting for me to do it. Currently, I am happy to portray the role of Ahana.

The world is fighting for gender equality. How would you like to describe the situation in the acting industry in this case?

Women cannot be physically what a man is and vice versa, biologically speaking. Priyanka Chopra once said that gender equality is more about cerebral equality, which is true.

Also, every now and then, we get to hear about differences in the payment or less payment for women who do the same work as men in our industry.

But I think things are changing a bit nowadays. There are now films with women in the lead role, and we are seeing more women-centric films. The industry is also getting that people won’t take gender inequality lightly, so things are gradually coming on track.

Please celebrate your womanhood. Don’t get lost around your responsibilities, enjoy it. Trust me it is amazing being a woman, except those 5 days of periods.

I feel blessed to be born as a woman in this country, and I really feel we women are capable of doing so much more, which has been proven from time to time.

Let’s have faith in our cerebral capacities, and let’s show it to ourselves that we are capable of so much more.

Supriya Singh Follow Words hold immense power to change the world. I'm here to inspire and spread positivity.
« Questions You Always Had About Your Fitness Answered By Physiotherapist Dr. Tanya Chaudhari
What Does Bad Stinky Breath Indicate About My Health »

Nanda Yadav: Live Life As If Nobody Is Watching

Payal Ghosh Speaks About Her Mental State & The…

Shama Sikander Talks About The Industry’s Role In Affecting…

This is YOUR VOICE. Whether you are a homemaker or a young entrepreneur, a blogger or an aspiring actor, a lawyer or a journalist. You are The Voice of
Woman. We will feed you according to your needs, wants, and goals.

The VOW provides you all

We focus on a wide and eclectic range of issues like Beauty, Fashion, Apparel, Fitness, Health, Finance, Relationship, Sex, Parenting, Social issues and your daily dose of Current Affairs with stunning photo features. Follow the topics you care about and those will be delivered on your screen.

The VOW renews itself every moment. It thrives to maintain a lasting bond with its readers. Subscribe, to get unlimited access to our world.