ADHD In Children: Look Out For These Warning Signs! 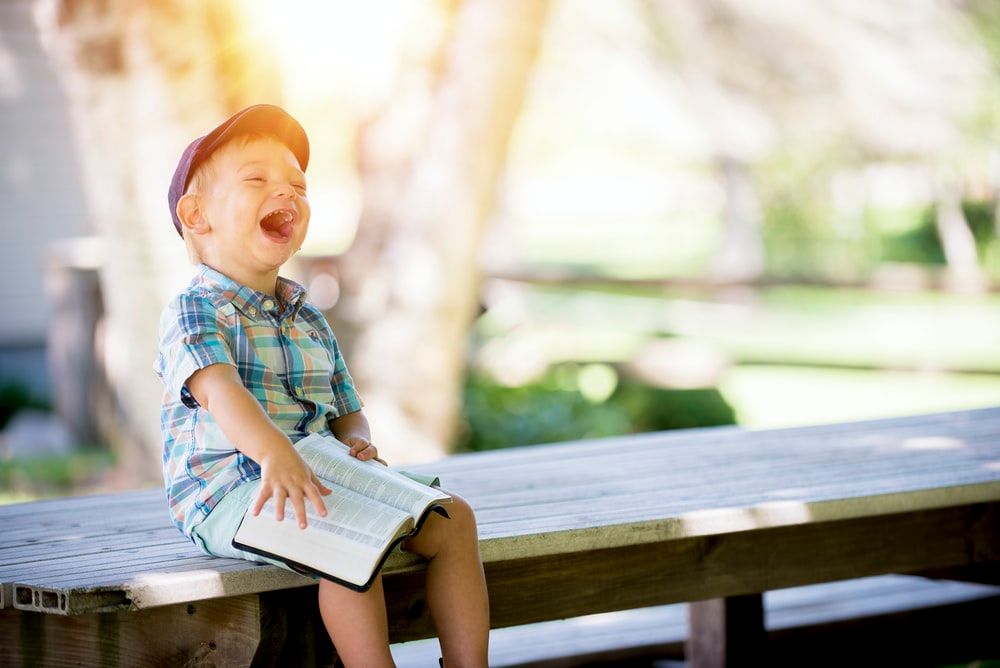 Bringing up a child in such a competitive world is one of the most overwhelming responsibilities of parents. There is no particular course or training session for parenting. All we have is advice from our parents, loved ones, and the INTERNET.

For the new parents, even with all the available knowledge, you may feel lost sometimes and doubt your parenting skills. This becomes harder if you have a child who finds it difficult to pay attention, remains absent-minded, has too much energy, etc. Is this normal, or does your child have Attention Deficit Hyperactivity Disorder (ADHD)?

You may say, all children at some point refuse to listen to adults and are just mischievous. This is indeed true! Under normal circumstances, such behavior fades away with time. If not, then it may be ADHD.

Not to worry, ADHD in children is more common than one may realize. It is a neurodevelopmental disorder. We are here to provide you with all that you need to know about ADHD in children, parenting an ADHD child, how to manage it, and so on.

What is Attention Deficit Hyperactivity Disorder or ADHD in children?

As we said, ADHD is a chronic neuro-development disorder. It makes its first appearance in the toddler phase itself and most cases are detected once the child goes to school. Now the question you may be thinking here is how common ADHD in children is? Statistics show that about 2.2 percent of children are diagnosed with ADHD on a global scale. This unit may look small, but it is pretty prevalent.

Many parents fail to understand the signs and assume the child is misbehaving. Well, realistically speaking, it is, in fact, hard to distinguish a child with ADHD and a normal kid who is showing similar symptoms.

What are the Signs of ADHD in Children?

Children with ADHD are always more focused on what they want and are unable to see or listen to other’s opinions at that moment. ADHD children interrupt others’ conversations and easily become impatient.

The inattentiveness of your child may also lead to the below-mentioned symptoms.

Daydreaming a lot is one of the significant signs of ADHD in children. They also get distracted quickly and are unable to focus on a particular task like studying or playing. You can say such children get zoned out in their world.

Such children are unable to pay attention when someone speaks to him or her. If your child has ADHD, then he or she will easily forget things that you say to them or find it hard to perform their day-to-day tasks. Also, some children with ADHD may do the total opposite of what you will tell them. The inability to remain organized or make clumsy mistakes is another noteworthy sign of ADHD in children.

Apart from the above signs of ADHD that we mentioned, if your child has this disorder, he or she may also exhibit hyperactive or impulsive behavior.

Unable to sit in one place

ADHD kids cannot sit still in one position for long. They begin to squirm and move around the room. This behavior may occur anywhere, be it in public or at home while studying or watching the television.

Talking a lot during tasks

Another sign of ADHD in children is their inability to do any of their tasks quietly. For instance, the child may talk along while watching cartoons or any other show, while playing games.

Now, related to ADHD, you may have also heard about ADD or Attention Deficit Deficiency. So, what’s the difference between this ADD and ADHD?

Attention Deficit Disorder or ADD is a part of ADHD. ADHD children may show inattentive behavior or they may exhibit combined signs of both inattentiveness and hyperactive behavior.

To raise a child with ADHD, parents have to gather immense patience and try maintaining a positive attitude. We will be covering the parenting tips for ADHD children to do this the right way. But before that, here are the possible causes of ADHD in children.

What causes ADHD in children?

Unfortunately, the precise cause as to why ADHD occurs is a bit of a blur to scientists. Research is still going on to understand why this disorder appears. Possible causes of ADHD in children may include:

The first step to managing ADHD in children is to consult a pediatrician or child psychologist. If you feel your child has ADHD, then it is better to confirm it first and act accordingly.

Treatment of ADHD in children

On diagnosis, doctors may recommend behavioral therapy and medicines to treat the condition. Along with this, parenting tips involve the following:

Managing ADHD in children is no easy task. Getting angry at your child for this is futile. It is not something your child does willingly. As a parent, you have to be strong-willed and seek guidance from professionals for more parenting tips and support.

Related Complications of ADHD in children

It is to be noted that ADHD in children is associated with some of the below mentioned complications sometimes.

It is okay if your child has ADHD

Even if ADHD occurs in every other child, most parents and the common people still think of this disorder as a taboo. Some may also classify such children as mentally unstable and think they are autistic. Not all ADHD children are autistic! Get guidance from the best specialist for your child and follow their tips, and everything will be alright.

Will the signs of ADHD in children disappear completely later?

It is not possible to get rid of the signs and symptoms related to ADHD. However, it will decrease with age if the child receives the proper treatment. It may persist minimally even when the child reaches adulthood.

The positive side of this, research even shows that ADHD in children makes them more creative and allows them to think divergently. But for that, proper care and nurturing is a MUST. So, this is the silver lining for every parent out there who is worried about their child having ADHD!