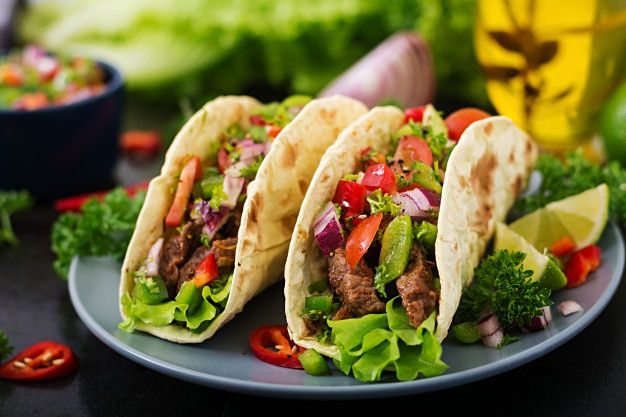 How often do we know the culture and the background associated with the Mexican cookbooks foods that we consume? Rarely! Even the foods that have been on our horizon for a long time may have origins that we have no clue about. It is so exciting to learn about various types of foods from different places, belonging to different cultures, and how they have impacted and modified cuisines into what they are today.

Cuisines incorporate something new, every day because cooking is all about experimenting. Mexican cookbooks go a long way in making us aware of various Mexican delicacies, along with a wide plethora of interesting stories behind their advent and popularity.  In this article, we’ll be talking about the best Mexican cookbooks that would not only provide you insights on your favorite Mexican dishes but also give you personalized instances and tales attached to them and their history. Are you excited? Read along to find out!

Elderly woman reading a cookbook in the kitchen

1. The Food of Oaxaca: Recipes and Stories from Mexico’s Culinary Capital

This Mexican cookbook by Alejandro Ruiz consists of 50 recipes, that include delicacies like moles, salsas, tamales, Oaxacan chocolate mousse, etc. He is a successful restaurateur and chef at Casa Oaxaca, at Oaxaca, in Mexico. In the book, he also talked about the region of origin of the various kinds of foods that he’s an expert at. He also mentioned the names of certain restaurants in his area that deserve a visit.

One of the best vegetarian Mexican cookbooks there is, this one is by Jocelyn Ramirez. Mexican delights are not just limited to meat and Ramirez attempted to prove the same through this cookbook that has 60 recipes, devoid of non-vegetarian ingredients.

The dishes are unique and creative, transformed by Ramirez herself, from recipes inspired by her grandmother. Árbol chiles with tomatillo and jackfruit carnitas tacos among many others are interesting modifications of ordinary kitchen recipes that you must have up your sleeve for days when you don’t feel like feasting on meat.

3. Food from My Heart: Cuisines of Mexico Remembered and Reimagined

Zarela Martinez mentions 175 dishes and what people think of them as they consume them regularly. The significance of certain foods throughout the various walks of life is discussed, such as the ones made for religious purposes, foods prepared for dating, as well as for times of mourning.

The fact that foods are not solely about how they taste but also about how they are received and what is their importance in the lives of common people, is highlighted in this book. It gives us a clear picture that shows why Mexican cookbooks play a big role in changing the lives and perspectives of people.

This Mexican cookbook that’s no less than a treasure chest, is written by Fany Gerson. She’s a well-known pastry chef and the book contains some of her most revered recipes of desserts and sweet musings such as churros, breads to buttery muffins with apricot jam, etc. The highlights of this book are her tutorial on perfecting the recipe of a cheesecake and the significance of layering flavors for the most delicious desserts.

5. Dulce: Desserts in the Latin-American Tradition

The traditional desserts of Latin America are well known and Mexican cookbooks are often found to have elaborate descriptions of the same. Chef and restaurateur Joseluis Flores has channelized his love for making pastries into this book and desserts like churros with chocolate and flan have been given special focus in its pages.

6. The Mexican Home Kitchen: Traditional Home-Style Recipes That Capture the Flavors and Memories of Mexico

Mely Martínez does a great job in explaining recipes of dishes and mentioning special tips and tricks while following the steps of each dish, owing to her former profession which was that of a teacher. These consist of mole sauces, soups, and stews, to name a few. She has also talked about the places where you can find certain special ingredients. Her advice on how you can stock up your pantry is also going to be quite handy, especially during times of need.

As the name suggests, Edgar Castregon has provided the recipes of 100 vegan dishes that he learned throughout his life from his family members, namely his mother, grandmother, aunts, etc. He didn’t just inherit the recipes but also the stories that were associated with those dishes. He’s given a personal touch to traditional recipes like tamales, burritos, pancakes, etc. by turning them into plant-based or vegan versions. All these aspects make this one of the best vegetarian Mexican cookbooks ever.

Esteban Castillo collected aspects of American cuisine and modified them by applying them for making Mexican meals with a twist since he grew up in California. Thus, he became an expert in the art of making fusion dishes like mac and queso fundido, champurrado chocolate birthday cake, etc. He derived inspiration for making the same from the traditional approaches of two cuisines that he was so fond of. If you’re a fan of fusion food, you would surely love this Mexican cookbook.

While talking about Mexican cookbooks, we can’t miss out on the popularity of Mexican street food. Rosa Cienfuegos was an ardent fan of the vibrant, colorful vibes of Mexico City and the reflection of the same in its street foods.

She visited small and unexplored places of Mexico City, including coastal areas, and ended up discovering recipes that successfully incorporated the local flavors of wherever they belonged to. The best part about these recipes is that you want to try them in your way and experiment with the flavors, once you get to know their background and significance.

We’ve mentioned above, a list of the best Mexican cookbooks available that would not only pique your interest in well-known Mexican dishes but also make you want to learn more about their origin and importance. If you want to travel to Mexico and enjoy the flavor of Mexican delicacies, sitting at home, you should surely invest in Mexican cookbooks and read them. Now that you have the list, get your hands on your favorite one already!